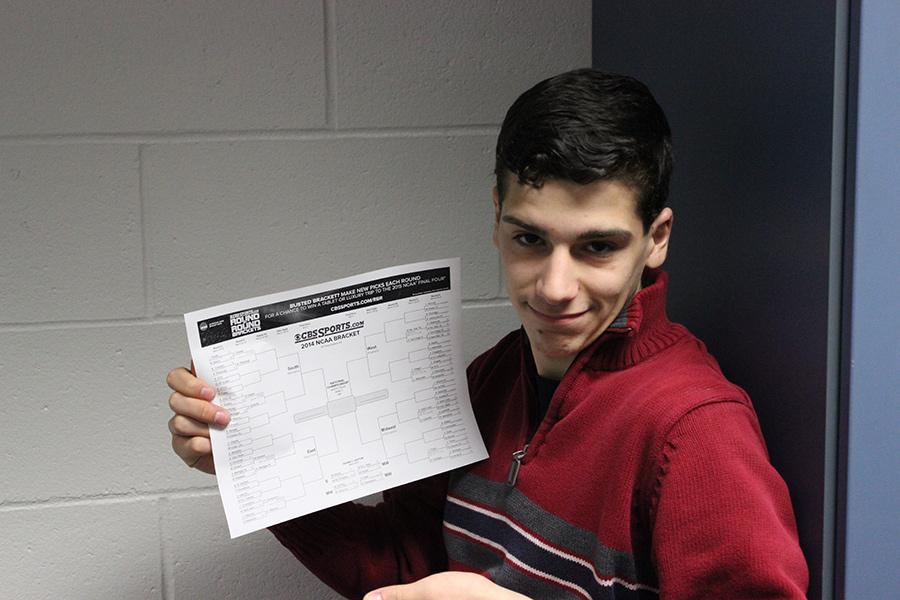 It’s the time of year again when college sports fans are filled with joy, disappointment, and the feeling that they are ESPN analysts with their filled out brackets and their own special “expertise”. March Madness, the NCAA Men’s Basketball Tournament, is a popular event in the United States, with one of the main attractions of the month being the process of filling out your predictions for the 64-team bracket.

Millions of fans every year attempt to fill out the “perfect bracket” with no one in the tradition’s history ever achieving perfection. However, many Hollis Brookline students still take their chances by filling out their brackets and watching the month unfold. Ryan Buckley, ‘14, feels he has the right picks in his bracket, and enjoys the month as a whole. “I have Arizona as the top team. March Madness is like a holiday to me because it gives me an excuse to hang out with friends often, since games are being played around the clock, and to bond with them over friendly rivalry and competition,” Buckley said. John Beckett, ‘14, had a different pick than Buckley, but agreed that March Madness brought him and his friends closer, and said “The champion in my bracket is Florida (the overall number one seed). My favorite part about March Madness is not only filling out the bracket, but being able to watch the plethora of games all night with the boys over some buffalo wings.”

The tournament overall is a great experience for sports fans around the country and is something that every fan can bond over and enjoy as a whole.