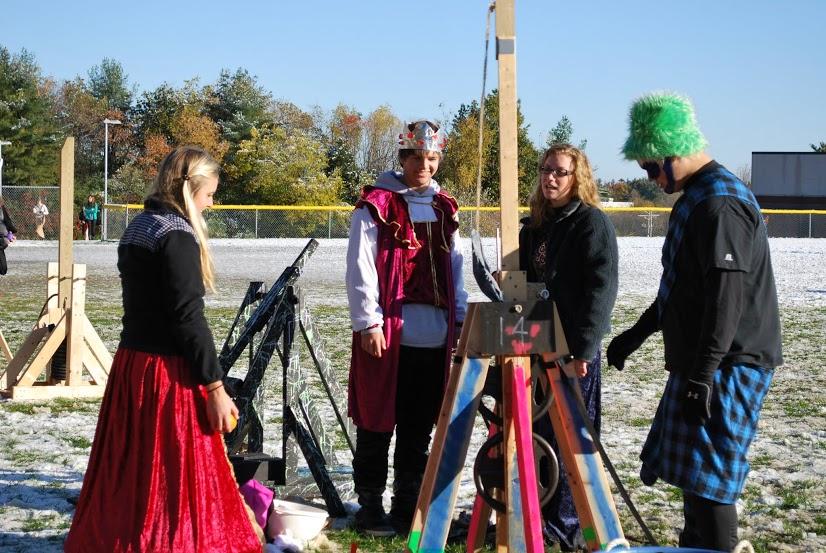 Students train for a military strike against HB

This time of year is reminiscent to many science classes as the time of trebuchets. This year, however, physics classes have allegedly decided to respond to the recent political unrest between the towns of Hollis and Brookline.

At midnight on March 31, Physics teachers and students in their classes delivered a declaration of war on Hollis Brookline High School to the front office.

“It was a total surprise,” says the receptionist. “We were completely unprepared.”

The declaration was so unprecedented and shocking, the front office has now become a primary war zone.

Physics teachers and students have decided that their primary form of attack will be headed by their trebuchet project.

“Thinking back,” says an administrator, “It was a really bad idea to let them have this project. It never crossed our minds that they would use this as an opportunity to attack.”

Administrators were not so much surprised by the declaration than by who delivered it.

First-year physics teacher Adam Wilcox commented that it was a stroke of luck that the administration had its focus on a completely different demographic as a threat.

“We know that there has always been political tension between the school and the social studies department,” he says. “But they’re all talk. Us physics teachers, we know how to get stuff like this moving.”

As a part of their military strategy, physics students have calculated the optimal amount of kinetic energy to cause the most significant amount of damage to the building. The onslaught will begin on April 18, rain or shine. No late weaponry accepted.