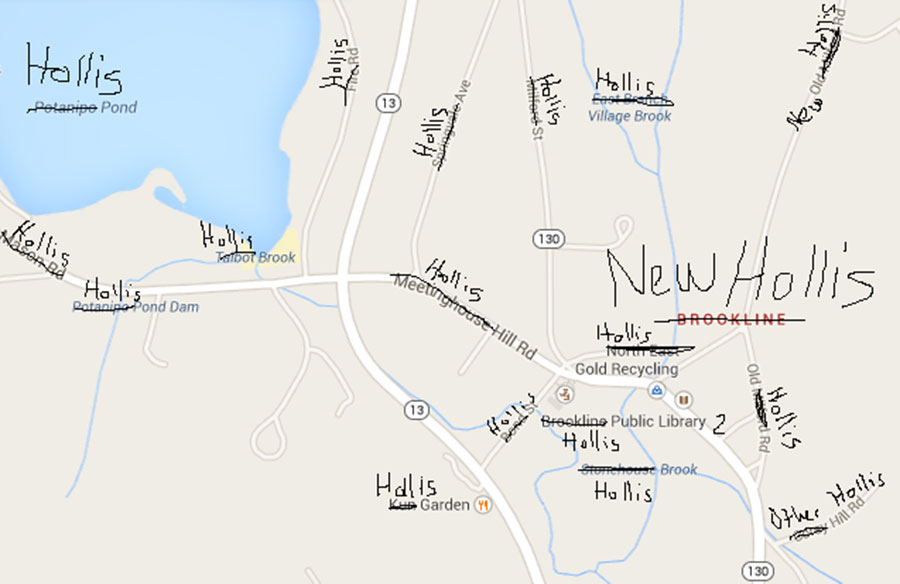 You thought there was uproar about the bill to make our school better. However, Hollis has made a political move that may cause such strife between the two towns, there may never be any hope of a connection between them ever again.

After a secret meeting in the dead of night, Hollis officials decreed that they shall officially annex Brookline this Friday. Brookline officials have decided not to resist the forces of Hollis, as much as they may want to.

“We still want to be our own town, yes,” says Brookline Mayor, Alex Bonhom. “But we have to take into account that Hollis is better armed than we are. People actually know who they are, but everyone thinks that we’re just a part of Massachusetts.”

“We need a sign to rally the people,” says Pontmercy. “To call them to arms.”

In Hollis, however, upstanding citizen John Valjon, who may be sympathetic to the revolutionary goal, has no desire to get involved.

“I just want to forget the past as soon as possible and take care of my daughter, Colette,” he says.

There are many conspiracies surrounding such a drastic move on the part of Hollis. Some have been so bold as to state that the recent uprising of physics classes at Hollis Brookline High School is a direct result of the annexation.