As the snow melts off of the HB athletic fields, the grass begins to grow, the trees begin to bud, and the student-athletes begin spring-time sports. The fresh smell of well oiled baseball glove, the constant breaking in of new lacrosse sticks, students running up and down Cavalier Ct., and grounds crews working to bring back the fields; sports resume their outside activities.

Girls lacrosse has begun first part of the season, with their field ruined after a harsh winter, the girls have started their practices at the Hampshire Dome. “We’ve had a lot of training in the off-season in preparation for playing in Division I,” said Sydney MacLeod ‘14. The biggest challenge is finding a place to have games and practices. The athletic directors have said that they will be practicing at Nichols field in Hollis and possibly hold games here or at Rivier College.

Boys lacrosse is returning from another great season, going to the playoffs and making final four of the 2013 season, they hope to have a successful year. “The team looks good this year. We have great coaches and a solid group of players,” said defensive player Joe Brooks ‘15. Brooks says, “Hopefully we will have a winning season and make it into the playoffs again and this time take the title.”

Softball has been working hard in the past week, with practices and tryouts taking place in the gym, they are getting in as much time ready to get on the field when all the snow melts. “We have a lot of sophomores making up the majority of the teams and not many of the senior girls returned to play,” said Veronica Abt ‘14. “It will be interesting to see the young players play at the varsity level, but all bring knowledge and talent, and should have a good year.”

The baseball team during the winter could be found in the mini-gym when it was open, throwing and catching to improve their skills for their season. They’ve been practicing indoors until the baseball diamond dries and is ready to play on. Ballplayer Wes Mansfield ‘15 comments, “The tryouts were good, a lot of boys played and all were skilled. This year I feel should be successful.”

All springs sports at Hollis-Brookline are in full swing. Each team is preparing for their first games, and are all hoping to have successful season.  Each player has been working hard during their off time to prepare and ready themselves to be at their top performance level for the 2014 spring athletic season. 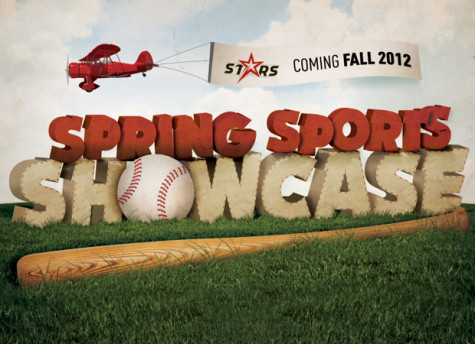