Because it’s the Cup: NHL Playoffs start up 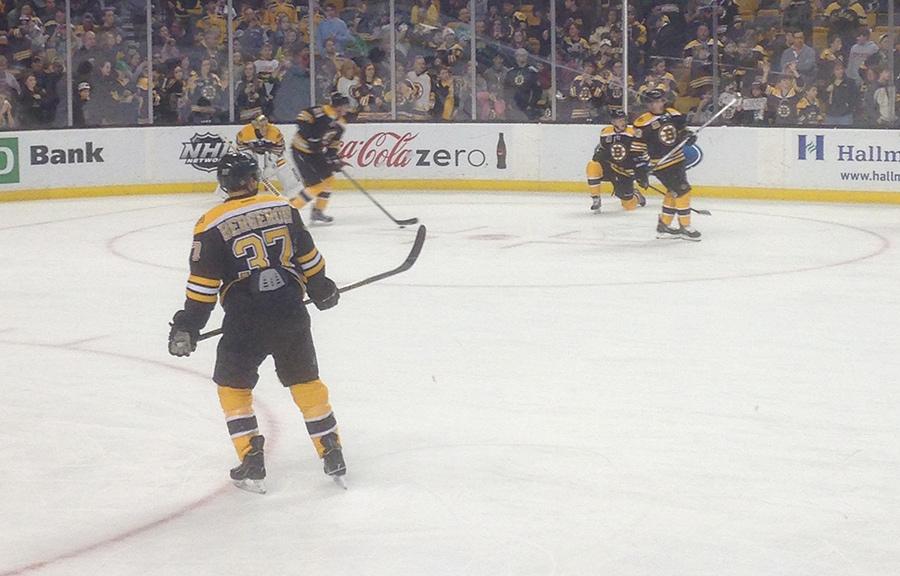 The NHL is less than one week away from what most people call the best hockey played: the playoffs. The Boston Bruins are the only team so far to clinch their conference, and will most likely be playing the Detroit Red Wings in the first round. With the Pittsburgh Penguins clinching their division, they are expecting to play the Columbus Blue Jackets in the first round. For the first time in a long while, the Vancouver Canucks are not going to make the playoffs.
With a league leading 114 points, the Bruins are the best team in hockey at this moment, closely followed by St. Louis, which has 111 points. St. Louis will be playing the Dallas Stars in the first round, with Dallas having only 87 points, so many St. Louis fans don’t feel any real threat. But Dallas does have young talent on their team, one person who has some playoff experience: Tyler Seguin. In his career, Seguin has three playoffs and a Stanley Cup under his belt and is expected to shine when needed on the ice.
In the west, returning champions L.A. Kings and Chicago Blackhawks are expected to perform well. The Kings will play the San Jose Sharks in the first round, and will have to decide which goalie gets to start. Many would say Jonathan Quick would get the start because he has experience in the playoffs; however, rookie goaltender Martin Jones has plenty of experience with winning. In his first eight games, Jones won six of them while having three shutouts.
The NHL playoffs start in five days starting with the east. Even though ticket prices have risen, many fans will still make their way to watch the games.