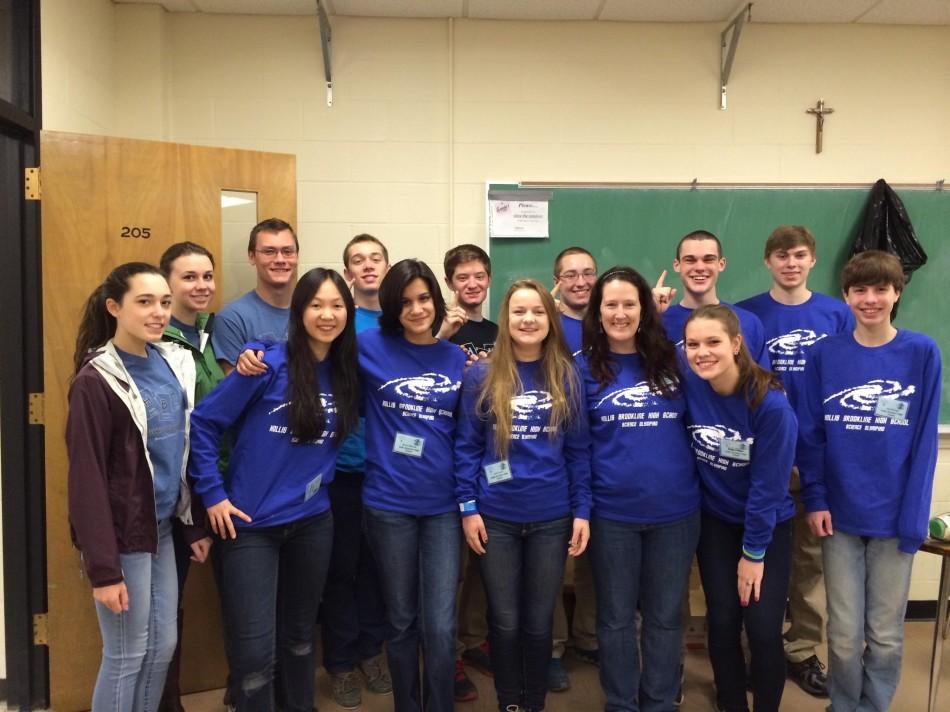 For the past thirty years, the Science Olympiad has been providing students with challenging competitions nationwide to enrich themselves in the field. This year our students traveled to Manchester, to compete at St. Anselm’s College, in the hopes to advance, and go to Florida for the next round. Trudi Thompson, an HB teacher, and the leader of the Science Olympiad team, was really proud of how her team performed this year. She commented on the fact, that with six returning members, “The older members took the new members under their wing, which really helped because it can be an overwhelming experience for the first time”.

Alex Merryman, ‘14, said that, “We had a good showing this year, we did really well. We placed in most of our events!”. Students who show an affinity in science often like to test their skills in these rigorous contests, which often include subjects not taught school, such as, astronomy, and entomology. While Merryman had to prepare for his Maglev contest beforehand by building a magnetic levitation vehicle propelled along a magnetic track by a propeller, other students like Conor O’Shea, ‘14, went in cold turkey. O’Shea said that, “I had a written test for chemistry. Both Mrs. Maloney and Mrs. Thompson prepared me very well for my chemistry and biology portion respectively.

In order to score points, competitors must place in their events. A gold medal is worth three points, a silver, two points, and a bronze medal one point. There are also fifth and sixth place awards which earn fewer points. All points are totaled together, and the top two teams move on to Florida.

Carly Lovas, ‘13, and Mark Siebert, ‘13, took home the gold medal in astronomy. Lovas, and Becca Cherian, ‘13, won the silver in entomology. And, in a contest new to this year’s olympiad, geomapping, Lizzy Davis, ‘13, and Stephanie Burns, ‘13, won a silver medal.