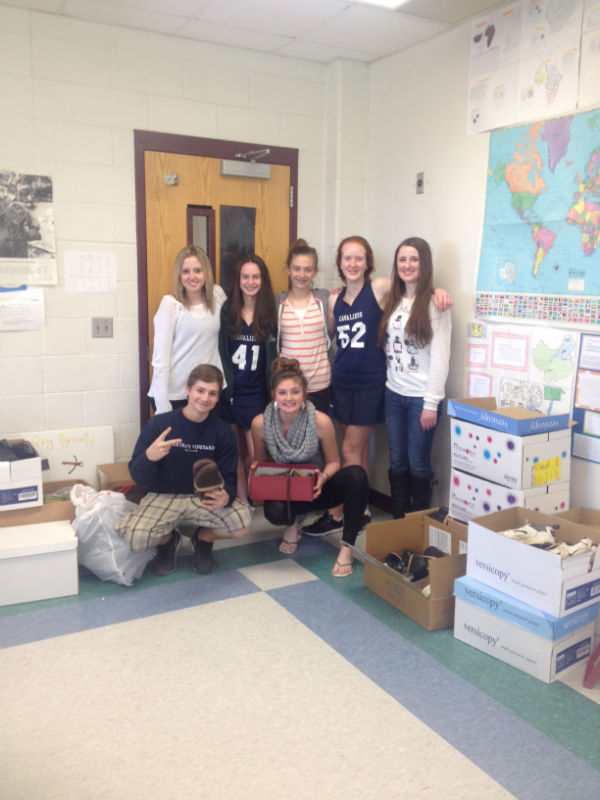 Soles4Souls is a global non-profit organization devoted to fighting for the impoverished all across the world. They fight by collecting gently used or new shoes and clothes and then distributing them to those in need. They also create small enterprise programs during distribution in these small and disadvantaged communities to help create jobs. Founded in Nashville, Tennessee, this organization was recently brought to HB when Mrs. Balfour and her World Studies class came up with the idea during a unit about Africa.

The lesson was on the contemporary issues that many people face in Africa, and the students were to report and research various organizations that try and help resolve these issues. Soles4Souls came up as one of the best-known organizations in terms of the number of actual donations. Another plus of using Soles4Souls is that the class could specify where their donations were delivered. The shoes collected by Balfour’s World History class are going to Northern Africa in the Ugandan area. This area is extremely impoverished due to multiple ongoing civil wars.

Balfour said, “ Personally, it is really rewarding, as an educator, to help kindle that humanitarian fire in my students and point out opportunities where they can make a difference, especially when we pull together as a group.” Overall the class collected over 200 pairs of shoes. Not only that but the students also chipped in and purchased multiple gifts for the Giving Tree totaling over $600. This money went to bicycles, bedding and various toys for families in the Hollis-area. More information and pictures can be found at http://soles4souls.org/ for those interested in starting their own collection.