The Fault In Our Stars – What’s all the hype about? 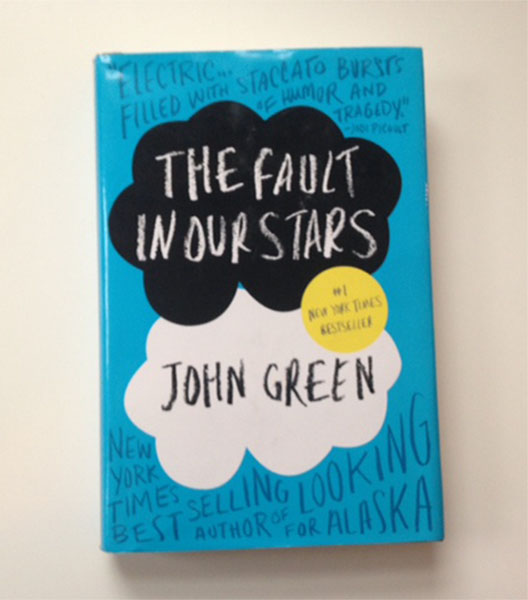 The Fault In Our Stars by John Green

To say that The Fault In Our Stars by John Green is a ‘feel good’ book is a complete lie. The story is actually quite heartbreaking. After reading it, I avoided seeing the movie due to the emotions I knew it would bring streaming down my face. Somehow, the culture that this novel created has become more to teens than just any other book on the shelf. 7 million copies have been sold since the release and the numbers are growing. For some reason, Green was able to take a simple love story and make it feel so different from all the others out there. What about TFIOS appeals to so many? Why does it pull so delicately on our heart strings, yet keeps us wanting more? The author uses the story of Hazel and Augustus to assure readers everywhere that it is okay to hurt.  Just as Green says in his book, “Pain demands to be felt.”

Green relates to adolescents everywhere as he skillfully appeals to what it feels like to love, be heartbroken and say goodbye.  The book, which not only spent 78 consecutive weeks on The New York Times Bestseller List, has been made into a major motion picture starring the endearing Ansel Elgort and Shailene Woodley. The dynamic duo do a superb job of appealing to the average teen by being ‘real’.They portray the characters exactly as they were written; ridden with flaws yet undeniably lovable.

However, Green is not the first author to write about such a theme. There have been countless attempts in the past to tell the story of cancer-trapped patients trying to find love. And, I won’t lie, I love those books just as much as the next sappy seventeen year-old. However, something about The Fault In Our Stars speaks to a secret part of our hearts that strives for the sort of love that stays true even after a death.. The realness and sincerity of the story is one of the reasons the fan kingdom has grown. The tear jerker appeals to a larger demographic of teenagers who know what it is like to feel pain or be different or love someone or even lose someone. Green uses his own raw emotions to make the characters relatable.Danielle D’ Intino ‘15, a fan of the book as well as the movie, said “it’s not just a typical thing that you would see in movies or reading, because it’s a story that is not just about pretty people that fall in love.”

That seems to be the theme of Green’s writing. The author writes about his experiences; in other words, he doesn’t BS anything. In 2009 at a Harry Potter Convention in Boston, he befriended  Esther Earl, a young teen with thyroid cancer (sound familiar?). Esther was his inspiration for TFIOS. In an interview with WH Smith Book Club he said, “The book is dedicated to her because she inspired so much of it, I’ve been trying to write this book for almost ten years, long before I met Esther. But in meeting Esther,  my relationship with the story changed dramatically, because I met this genuinely empathic, funny, angry, witty teenager who really abended my thoughts of what it’s like to be dying and young.”  By meeting her, he was able to pull the real emotions from his time with her and apply them to the story in hopes it would relate to teens everywhere. For this story isn’t about the dying, it is about the living.

Alex Sandin ‘15 read his signed copy of The Fault In Our Stars long before the movie, or the explosion of publicity. Sandin has yet to see the movie but still remains a trueTFIOS fan. “I just think that John is a really smart guy. John Green knows how a person works, he knows how a teenagers brain works and he also knows how to articulate it beautifully.”

After getting over my initial fear of sobbing in the movie theatre, I went to see it. And I was so right,  the second half of the movie was filled with the sobs from not only me, but also everyone in the theatre. Every so often, I would hear a sniffle that reminded me that this love story hurt me just as much as the next movie goer. Despite the fact that this book makes the reader walk away with swollen red eyes and raw cheeks, Green has a special way of using the reality of the situation to appeal to our culture. When asked why he thinks people keep coming back for more, Sandin said, “It’s because he [John Green] makes it so real for you… he doesn’t leave you feeling good. He leaves you feeling like that was real life, and that’s why people love it so much.” Life as a teenager isn’t sugar coated, and that is why Green was so successful with TFIOS. He depicted adolescents as it is- riddled with flaws, anything but perfect, yet still hopeful enough to see the fault we have in our own stars.