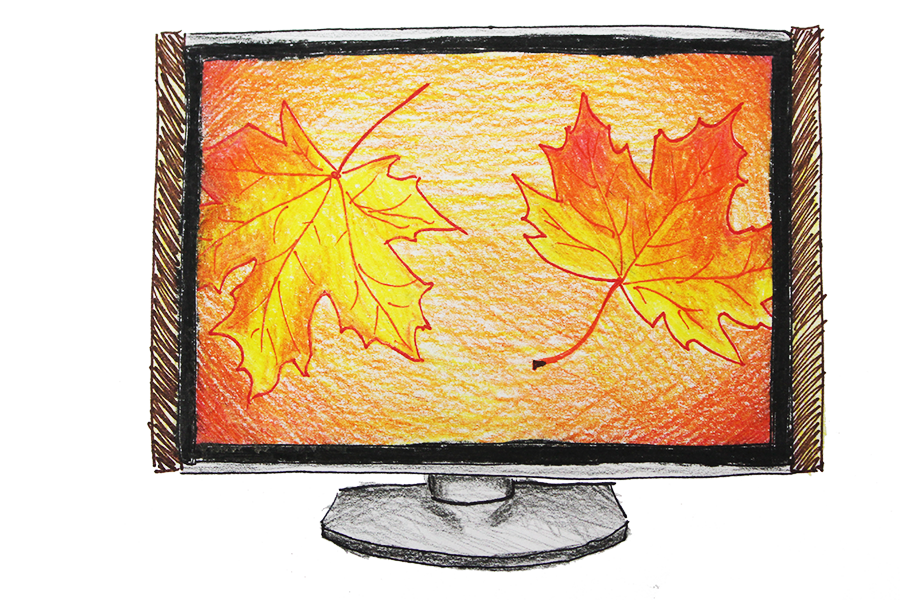 As the school year begins and the leaves start turning, so too marks the beginning of new television seasons. No longer are students confined to watching old seasons on Netflix or turning to channels mostly containing reruns. New series have been added to help contribute to procrastinating students, and old ones have returned (for better or for worse).

There are exciting new shows such as A to Z on ABC and “Manhattan Love Story” both on ABC for the romantic comedy lover, and “Constantine” on NBC for those who enjoy the hero-type television shows. “The Flash” on CW can be added to the list of super-hero based television shows that will be carefully watched and judged, as well as “Gotham” on Fox.

George Taliadouros, a science teacher at Hollis Brookline High School, is most excited about the new show “Scorpion” on CBS, but says he watches sports more than television shows.

Of course, there are always the supernatural television shows that keep the science fiction fans intrigued. “Z Nation” on Syfy is for all of those who loved “The Walking Dead” (and zombies in general). “Forever” on ABC has gained attention as a new show that will likely end soon. Called an ‘ABC Dud’ by “The Wrap”, “Forever” has cliché themes and adds nothing special to fall television.

For originality, “Happyland” on MTV gains a point. This show shows all the inner workings of a popular theme park, with some romance and a scandal thrown in to keep audiences interested. “Selfie” on ABC has “potential” according to “Flavorwire”, and there is no doubt that many high school kids will connect with the main character. Why watch on TV what you could watch in real life.

For unoriginality, “Madam Secretary” on CBS and “State of Affairs” on NBC lose a point (Sound like “Scandal” to anyone?). Further, “NCIS” has decided to travel to New Orleans since being in Washington DC and Los Angeles isn’t enough. The popular show, “Stalker”, on CBS promises similar creativity. The plots can all be predicted right now: someone is being stalked by someone. Predictable endings do not make promising television series.

Isabelle Linder, class of 2015, says that the quality of television is “Bad, doesn’t have any variation, and does not accurately portray how people should act. There is a lot of junk, like Vampire Diaries.”

Taliadouros adds that the quality of television is “not that good, producers are desperate, and original ideas are all gone. With reality shows, any new idea creates fifty more shows just like it. Television is addictive, and the intent of shows is to require weekly watching.”

Not all of the new series coming out this fall promise to be a smash hit. “Black-ish” on ABC has gained mixed reviews regarding the execution of a comedy about race. According to “Entertainment Weekly’s” review by Melissa Maerz, “black-ish is good-ish.” “Survivor’s Remorse” on Starz promises low-quality entertainment as well. In short, LeBron James is a basketball player, not a producer.

As these new series are ushered in, the old shows of last season remain in the back of the mind. ABC has discontinued shows such as “Suburgatory”, “Super Fun Night”, “The Assets”, and “Mixology”. It could be said that none of these will be missed much, as ratings for each sunk with each new episode. Nothing new was contributing to evening television, making each discontinued show slowly fade into the background. However, among CBS’s cancelled television series, “How I Met Your Mother” will be remembered and missed by many. This may be largely in part to Neil Patrick Harris, who has gained popularity and fame through this show. NBC has discontinued more shows to make room for new as well. “Dracula”, “Growing Up Fisher”, and “The Michael J. Fox Show” will no longer be airing (not that many people seem to mind). CW is saying goodbye to “The Carrie Diaries”, “Nikita”, and “The Tomorrow People”, a show that had hype but simply couldn’t deliver. “The X Factor” on Fox has gained popularity as replacing “American Idol”, but perhaps the reason for its cancellation is due to the fact that the winners just disappear after the show. Many of these series will be missed, but as modern day television continues to be repetitive in thematic elements, there is no doubt that five offshoots of each series will come to replace them.

Then there are the returning favorites. For those who enjoy the entertainment of dysfunctional families to distract from their own, “Modern Family”, “Mom”, “The Simpsons”, “The Millers”, “Parenthood”, “The Middle”, and “The Goldberg’s” have premiered for their new seasons.

Reality TV isn’t leaving anytime soon as well. “America’s Next Top Model”, “American Idol”, “Shark Tank”, “Dancing With The Stars”, “Survivor”, “Undercover Boss”, “The Amazing Race”, “The Biggest Loser”, “Project Runway” and “So You Think you Can Dance?” will all have viewers watching to see who will cry under pressure next.

There are the shows that will still be going strong in years to come as well.”Grey’s Anatomy” and “America’s Funniest Home Videos” on ABC both have no end in sight. “The Big Bang Theory” on CBS will continue to captivate high school students and science teachers alike. “AV Club’s” Tom VanDerWerff declares that “The Mindy Project” continues to improve in quality as each season passes, and “in season two, even at its craziest, the series proved itself capable of big laughs and surprising insight.” It seems that “The Simpsons” will never be off the air, either. For many, “The Bachelor” has been an important part of daily discussions, and fortunately this will continue with the new season.

Everything must come to an end, and the many television series are doing just that. Say goodbye to “Mad Men”, “Glee”, “Parenthood”, “Parks and Recreation”, and “Two and a Half Men”. These shows are all running their final season, and the hope is that producers will go out with a bang.

Linder “still misses ‘The Office’, but watches it on Netflix a lot.”

Television has become a staple in the lives of many students. Be sure to watch your favorite shows, find a new favorite show, and abandon previous favorite shows. There is a vast amount of knowledge (some of higher quality than others) to be learned from every episode. Just tell yourself that when you put aside the math homework to watch “Modern Family”. You’re learning, not procrastinating. Enjoy the new fall lineup!