The story behind the glory 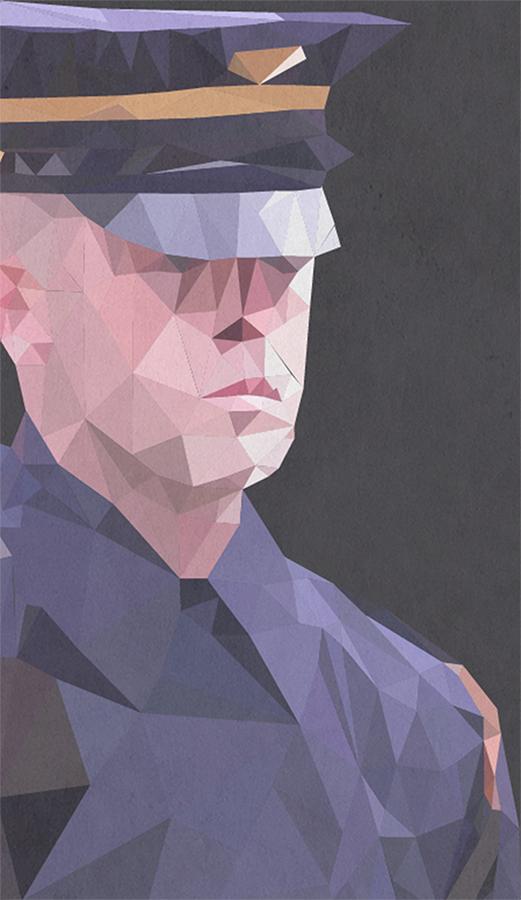 Bill Graham (voice-over): Veteran’s day in some ways has a tone of being a little bit more of a celebration. Celebrating those who served, celebrating the long rich history that America has benefited from military service.

Art Fenske: I was the oldest of five boys and when the bands started playing, and the flags were waving, well, I thought it was time to show my younger brothers the way.

Taught me a few things about tomorrow and myself.

Bill Graham: Probably another thing to mention is the other medal that he’s wearing. It’s the silver star it’s the second highest medal for heroism you can earn in the military service.

Art Fenske: I took the position with the radio and I directed the fire of the mortar people because I had plenty of experiences up to that time and somehow a sniper up in a tree got me before my group got them and actually they got me with two rifle bullets. One went right in the helmet and circled around inside and scratched the back of my neck and the other one caught me in the right foot and busted up a few bones in the right foot and that was it.

Bill Graham: I joined after high school. It was 1967 the Vietnam war was on and I just wanted to go to the Marine Corp and participate.

It had a profound impact on me. The things that Marine boot camp teach you are how to be self-reliant, to be able to stand on your own feet, and to commit to things. It was an experience that changed me for the better.

Cam Howard: I enlisted not this summer but the summer before. Then I went to basic training August 2014.

I’m far more disciplined now. I’m far more physical fit. I don’t sleep in anymore. Getting up at 4 o’clock in the morning for 18 weeks and then coming back home and sleeping till 10, no way.

It really makes you appreciate family a lot. Being away from your family for 13 weeks, it was the first time I was away for that extended period of time. And the hardest part about base training was the homesickness, absolutely. I appreciate my friends and family so much more now than I ever did.

It’s absolutely one of the best things you can do with your life. You’re going to say on base training like, ‘Oh, this sucks. It’s hard.’ but the benefit and payoff at the end. You know if you want to go through 13 weeks of hell and the payoff at the end is the greatest feeling you’ll ever feel. When they put they eagle of an anchor at the end of the crucible, it’s the best feeling in the world and you’ll never feel it again.

I have learned quite a bit when I was growing up I was a bit of a ruffian. Let’s go with that, so I wasn’t the greatest kid, but the marine corp taught me a lot of the discipline and leadership abilities I lacked before.

John DiClemente: I got drafted in the army in 1943. On Utah beach we had to turn around and land on bloody Omaha. I went with the second wave, first division, the first wave spearheaded the division. We had to go in afterwards and give them any air-craft support or artillery support, and any tank support. Went all the way to France, Belgium, Germany, and then the Germans made their big break, it’s called the battle of the Bulge, which I didn’t think I was going to come home. We were surrounded there for 30 days. We couldn’t get in or get out. We were so cold. We were hunting for Jack rabbits, deer, anything we could eat and try to keep warm. We couldn’t build no fires, but then about 30 days later there was a break in the sky and the air force dropped supplies down to get us out, and we had to get out. But when we were trying to escape from the Germans, my comrades, 200 of them, told me ‘You get the equipment out and we’ll protect you as you guys are going out’. As we got out, they got captured, they captured 200 of them and put them in a big field, like the one out here, and machine gunned them all, killed all 200 of them. We had orders to take prisoners but they said no, no prisoners.

It’s not hard to cry. It don’t hurt to cry. Not a day goes by, and it’s been 70 years, that I don’t think about something that happened over there. It hurts me, deeply. And I tell the kids in school, I say it don’t hurt to cry. Turning 90, I still cry when I see the flags and the parades going down the road.

It taught me an awful lot to respect my elders and respect my parents and above all respect my teachers. I went back to my history class teacher and she was trying to teach me the history of France and I said ‘What do I want to know about what happened 1000 years ago?’ She said ‘Instead of reading a funny book between your history book, wake up and pay attention’. 4 years later, in France, all the things she was trying to teach me, it came to me. So I went back to her and apologized that I wasn’t a better student. She said ‘You had to learn the hard way John, but I’m glad you made it home’. And I was thankful for that.

Bill Graham (V.O.): I mean if there’s a common element in the United States, in any little town or is in this country you’ll find monuments to Revolutionary War, Civil War, WWI, WWII, that ties all of us together in ways that we probably don’t appreciate, as much as we, as much as we could.