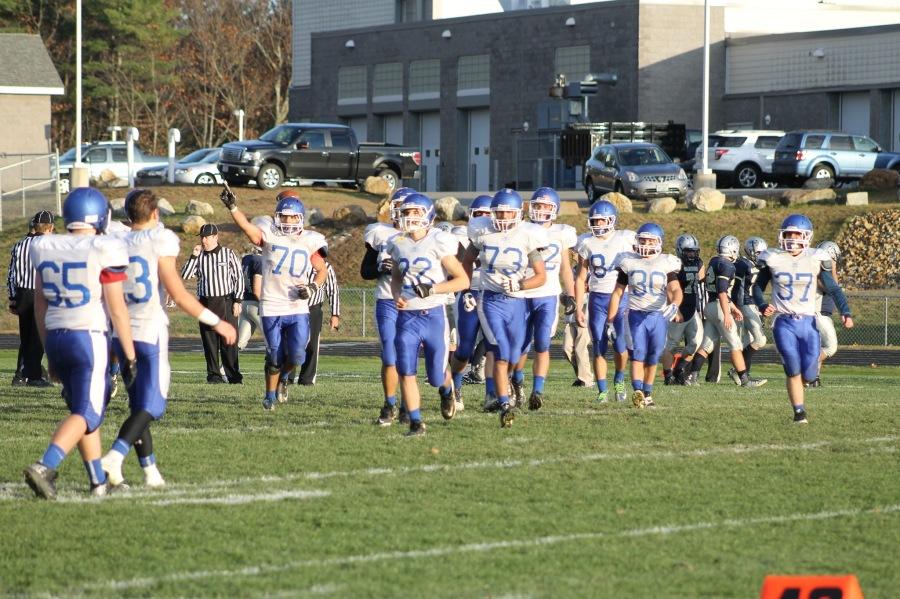 While the class of 2015 was making their transition to the varsity level, the current varsity team was struggling. The cavs lost 12 of 18 games over the course of two seasons. The teams pattern of underachievement casted a cloud on the talented class that had yet to come. Three coaches over the course of four years has given the team headaches in attempting to master new plays.

Offensive lineman Tom Johnson, ‘15, explains why having a consistent coach and playbook gives a team success. “Our class has never been able to master the plays. Every year we get a new offense, and an offense can only get better with experience. Experience that our class never had.”

Milton Robinson, the anchor of the Varsity football program, serving 10 years as head coach but ended his reign in 2012. The next coach hired was Rich Bergskaug, who was highly anticipated by players and fans after being with the program for years.

The coaching change dug the Cavaliers deeper into a hole they couldn’t get out of, finishing the 2013 season with a disappointing record of 3-6. After only one year, Bergskaug resigned for undisclosed reasons. In the offseason, players and athletic directors were scratching their heads looking for an answer.

When the 2014 season rolled around, the head coach’s seat was vacant and needed to be filled. To fill the void was Chris Lones, who coached this year’s Senior class in eighth grade to an undefeated season and middle school championship. Chris Lones truly understands the capability of players he will be coaching

Team Captain Mike Morgan, ‘15, talked about how a strong finish to the season and playing in the playoffs will affect the program in the future, “Kids will have more ambition to play in the following years if we can end with a good record and some wins in the postseason.”

The season was filled with huge expectations but got off to a bumpy start losing to Windham 56-0. The loss was tough but the team put it behind them defeating Milford the following week. Their record was 3-4 going into their final game against Monadnock and chance to make the playoffs with a win. Playing the 2-4 Monadnock Huskies, facing a do-or-die situation, the Cavaliers dominated both sides of the ball, beating the Huskies 23-14.

The Cavaliers made their first playoff appearance in 3 years facing Sanborn. They were playing the role of underdogs, but you could not tell by their determination, in which they beat Sanborn in all categories of the game. This was the first playoff win for Hollis-Brookline football in the history of their program. The class of 2015 made history for Hollis-Brookline by beating Sanborn, they were playing their best football at the best time.

Squaring off against undefeated Windham in the Division II semi-finals, Cavs lost 32-7, giving Windham the closest game of their perfect season. The scoreboard did not define the way the Cavs played, showing success on both sides of the ball.Windham was just the better team that day. They might have lost the game, but it does not take away from the fact that they showed tremendous heart, showing everyone that adversity is just a word and can be overcome.

In a season composed of few games there are facts of life that can be hard to appreciate. None perhaps more counterintuitive than the reality of losing is one of the most important things a team can do. Painful as defeat may be, there is no more powerful way to reinforce togetherness. Of course, the pinnacle of the sport is ultimately reached through victory, it is everything else that reminds them how truly difficult it is to get there.