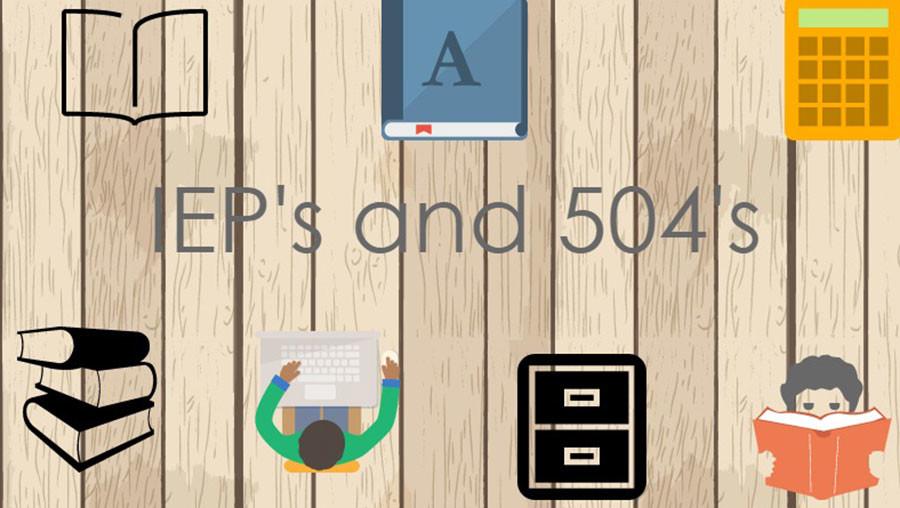 Many students throughout the country suffer from medical and/or learning disabilities that inhibit them from learning as easily as their peers These students have been diagnosed with a disability that doesn’t let them fully function to the best of their abilities within the average classroom environment provided by individual school districts.

To ensure that each student can receive the same education to the best of the districts abilities, the government has mandated a special education system. This system allows students who qualify to be educated in a more hands on and extended manor.

New Hampshire itself has adopted a special education system that allows students to be granted a 504 or an IEP plan to better adapt learning to a certain student’s abilities. Many students and parents have heard of these plans, but do not fully understand them or know how to get one if the student qualifies.

Hollis-Brookline itself offers 504s and IEPs to its students, and students’ guidance counselors can help get the process in motion if a student qualifies.

The criteria for a 504 plan, according to the Department of Education in New Hampshire, is as follows:

These major life activities fall under several categories, and according to the Department of Education in New Hampshire “major life activities means functions such as caring for one’s self, performing manual tasks, walking, seeing, hearing, speaking, breathing, learning, and working.”

504s range in severity depending on the impairment on one’s major life activities, and how much accommodation a student, his/her parents, and the school’s staff feel as though they need in order to be successful in school.

A 504 is the basis for many accommodations for students that include, but are not limited to: extended work time, notes written for them, agenda/organizer kept for them, a quiet room for testing, and many more. If a 504 is put in place and it does not seem to be helping a student academically, an IEP plan can be put in place instead.

An IEP is based off of the same type of impairments as a 504, but it allows students to be more deeply monitored, and to have more accommodations that allow them to be successful. An IEP will be put in place if the student has had a 504 that has not worked to the fullest extent, or if the student has an impairment in many of the major life activities listed above.

Essentially, both 504s, and IEPs are covered legally, but IEPs are covered more in depth and allow more recognition by the government than 504s. Both plans are put in place to allow students to have the same level of education as their peers and chance to excel as a student within their own parameters.