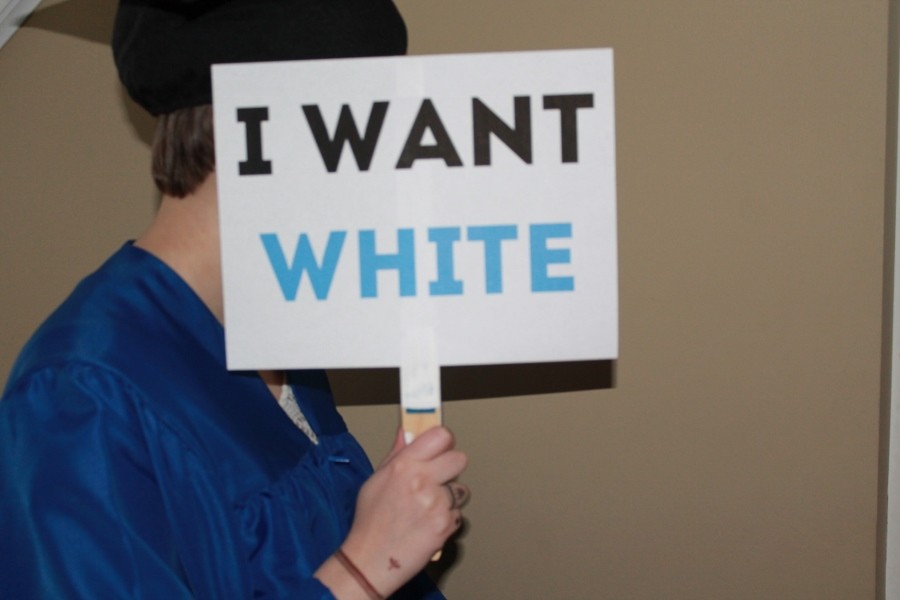 While stome students oppose the change of tradition, some believe that the color of gowns are obsolete.

In past years, the tradition at Hollis Brookline graduation ceremonies has been for girls to wear white gowns and boys to wear blue gowns. This year, the school might place an order for only blue gowns, and it won’t be a mistake. Both boys and girls could be graduating in the same color.

“The decision is not finalized,” said HB Principal Richard Barnes, who held a meeting with Senior Student Council Thursday afternoon. Barnes mentioned that he had planned to meet with Student Council about this possible change before the news hit the internet, and that had always been his intent.

However, Monday night saw Facebook flooded with a petition to keep the graduation gowns colors blue and white and suggested the administrators did not intend to include the graduating seniors in the decision-making process.

However, nobody spoke to administration about the decision, and thus made the lack of communication a two-way street. This was rectified several days after the petition hit Facebook.

In four days, the petition gathered over 270 signatures from students, parents, alumni, and community members.

The creator of the petition, Valerie Pauer ‘15, said that she created it to shed light on how administration changed the graduation tradition “behind the class’ back.”

“We had no prior knowledge or consent of the decision. There was no information and we didn’t get to vote,” Pauer said.

Pauer began the petition after hearing a teacher and an office member say that the gown colors would be different from the past. A friend of Pauer’s had missed the initial ordering of the gowns in school, and had gone to the office to fill out the form, where she was told that the only color offered would be blue.

Now that the change has been brought to light by social media, students and alumni are quick to show their support of the petition and repeatedly say that administration is at fault for taking the choice away from students.

”There’s no reason to arbitrarily change it without input, so don’t change it,” said Jeremy Quinn ‘15, on the petition. In fact, the accusations of lack of purpose other than the administration’s whims came up more than once.

“Of course there’s a reason to change,” said Given. “It’s more esthetically pleasing, first of all. There won’t be pockets of one color all over the place because of the random organizing.”

“I’ve had students in the past be uncomfortable with wearing the color that was assigned to them, because they don’t actually identify that way,” said Given.

The petition does not address those reasons, but instead focuses on the failure of communication between students and administration.

“We didn’t know why there was a change, and if they had shared that, it would have been very different,” explained Pauer the day after she made the petition.

Now that there has been a discussion between Administration and students, which Barnes is “grateful” for, Student Council will use the “next few days to process everything [Administration] told them, and come back with their own recommendation.”