Tiddlywinks: Not as safe as it sounds 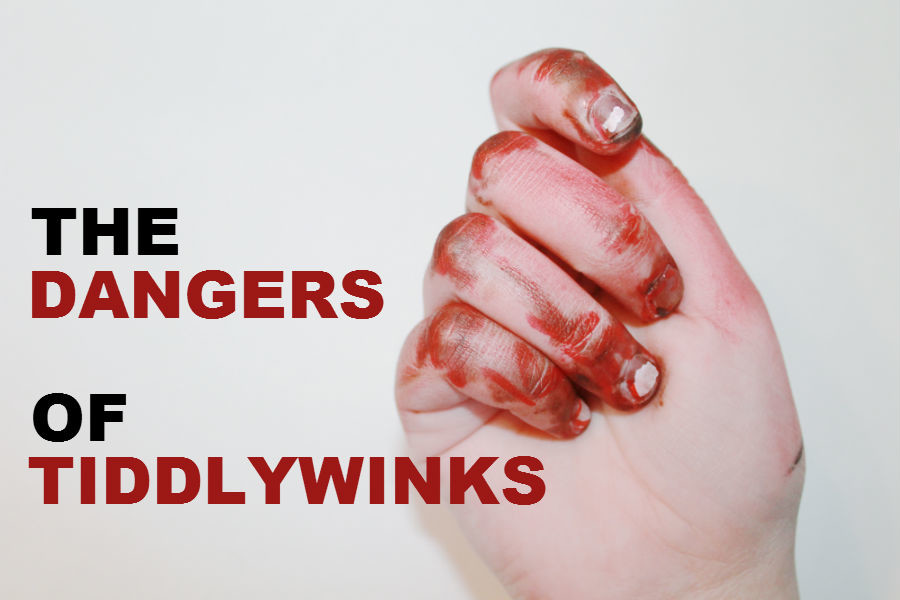 While most people associate the board game “Tiddlywinks” as a classic family board game, its not as safe as it sounds. Unassociated risks have been happening to people who play the game and extreme caution should be taken.

Playing with the small discs or “winks”, these little guys can be very dangerous. If one was to be shot too high, it could hit an eye. Eye injuries are very serious, and could cause one to go blind. The playing area, called the “pot”, could be hit by accidently when players are being very competitive, causing arm and rib injuries to the player it hits. “I’ve been severely injured in a couple of competitive matches of Tiddlywinks,” said Bob Winker, a competitor in many Tiddlywink games. “Its not as innocent as it sounds.

The most prominent injury that could happen to a player is cutting their fingers. The small plastic “winks” can place cuts on the hand of the shooter, causing serious harm. Many players have been sent to a hospital for serious lacerations of the hands, wrists, and lower arms. “I had to get ten, yes ten stitches on my pinky when I got cut bad,” said Billy Dickles. “Ten months until I got the guts to play another game.”

The evidence is there, when playing Tiddlywinks, proceed with extreme caution. Wearing gloves and skateboarding equipment can greatly reduce the possibility. Stay safe, folks.