Let the spectacle astound you – theatre on the big screen 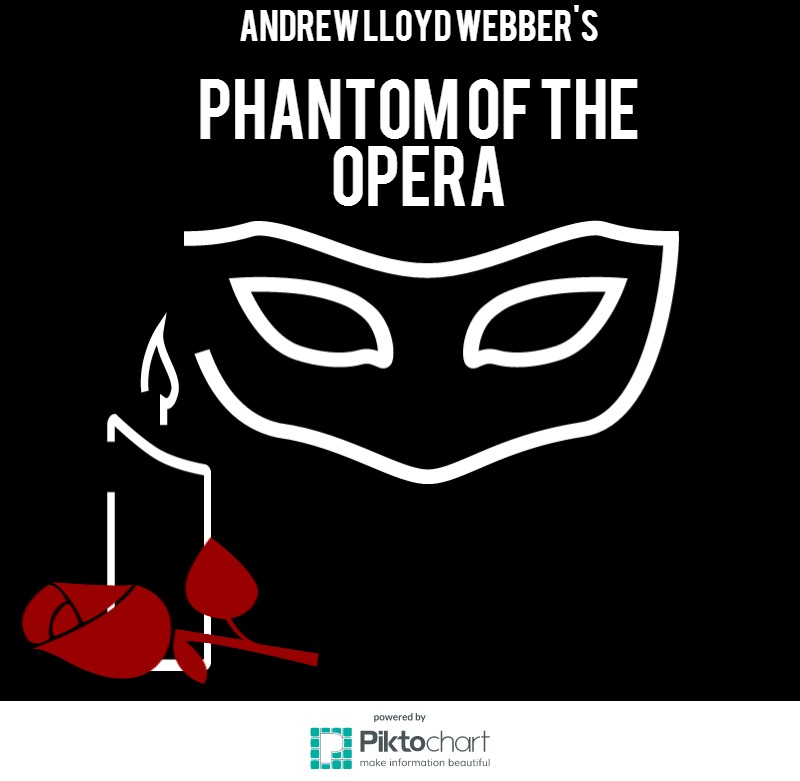 Broadway lovers rejoice: Andrew Lloyd Webber’s world renowned musical, The Phantom of the Opera, celebrated its 25th anniversary with a performance at the Royal Albert Hall in London, England back in October of 2011. But fear not, this once-in-a lifetime experience can be relived again and again on DVD.

Directors Nick Morris and Laurence Connor truly captured the show. From the actors’ expressions to the intricate costumes, makeup, incredible sets and lighting – every moment was caught on camera.

The orchestra got its due as well – this was no pre-recorded score and Webber should be proud to have his music performed by such an ensemble.

Although Gaston Leroux is to thank for the original novel, Webber’s rendition vaulted the Phantom and company to fame. In Webber’s version, the Opera Popular in Paris is haunted by a mysterious ghost obsessed with the chorus girl turned opera star Christine, who is grief-stricken by the loss of her father. He comes to her as the Angel of Music, and Christine is both seduced and frightened by the Phantom of the Opera.

But this is no mere romance: Phantom has its share of action and pyrotechnics as well.

Full of soaring arias paired with classical instruments alongside belting show tunes with epic guitar riffs, the musical provides a theatrical experience like no other. The 25th Anniversary Edition is no exception.

Ramin Karimloo is a haunting and enthralling phantom, his powerful vocals in Little Lotte…/ The Mirror… (Angel of Music) make it clear why Christine chose to follow the Phantom to his lair. His rendition of the much-loved The Music of the Night is as beautiful as it is seducing.

Sierra Boggess shines as Christine, not only is she an incredible actress, but the sky-high notes she hits in both The Phantom of the Opera and Wishing You Were Somehow Here Again seem effortless.

The emotion both have in their faces and voices remains constant throughout the whole 137 minute show, and their chemistry draws the audience into the world Webber has created.

Hadley Fraser provides the romantic lead of the show, whose dueling vocals with the Phantom truly gives Christine a tough decision to make. Wendy Ferguson’s dramatic Carlotta provides some comedic relief, along with the Opera’s managers portrayed by Barry James and Gareth Snook.

It is clear how much care was put into the casting, production, and orchestration of the show. This DVD is perfect for anyone looking to see a great classic show – with a better view than the first row.