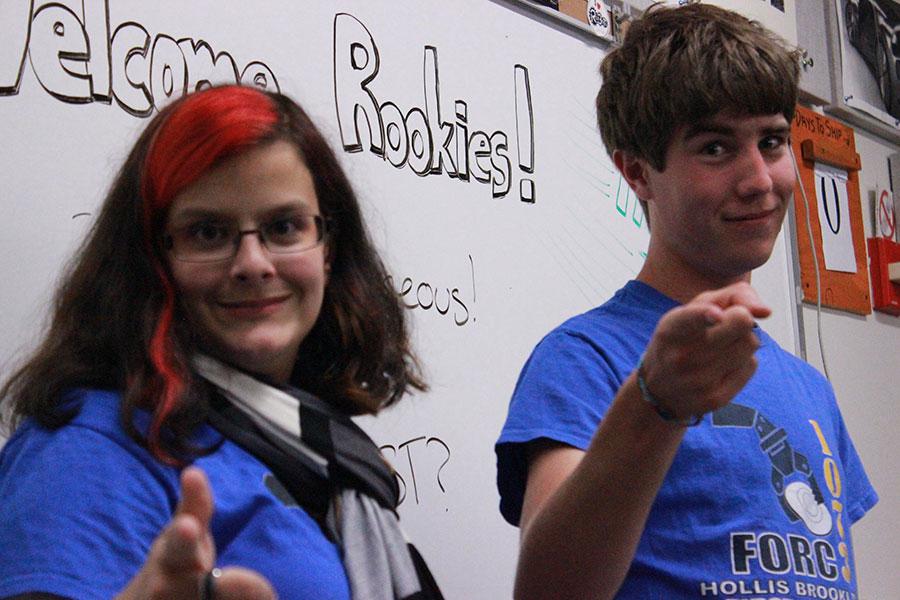 As many clubs and activities kick off the year with new members, HB’s FIRST Robotics team introduced its rookies to the workings of the team from 6:30-8:30 p.m. on Wednesday, September 18. Here, each of the six subgroups demonstrated what their contribution to the team’s efforts was and what they would do throughout the year.

To get the turnout of approximately thirty students oriented to each part of the team, small groups rotated around each subgroup, whose veteran members showed them what they did within the subgroup. In the shop, the mechanical subgroup showed some brave rookies how to operate some of their power tools and the electrical subgroup showed the rookies some of the components they most often worked with. In the hallway, strategy let some of the new members take a shot at driving their latest robot, Ursa Major, and take a look at their scouting application on their tablets. Software talked about the different programs and how they use them to program the robot. Integration showed rookies how they keep the team’s communication running smoothly, and business showed off the graphic design, outreach, and fundraising they oversee on the team.

“The rookies this year seem much more engaged than in previous years. When we [Connor Liva and I] asked the team what they learned, a lot of them raised their hands,” says Co-CEO Kate Cherian, ’14. “Normally, they would be a lot more shy in general.”

As a whole, the team is ready to prepare their rookie members during the next few months during their busy build season. “It went great,” says Nicky Wholey, ’14. “We’re set up pretty well for a good year to come.”