Are you a true Walking Dead fan? 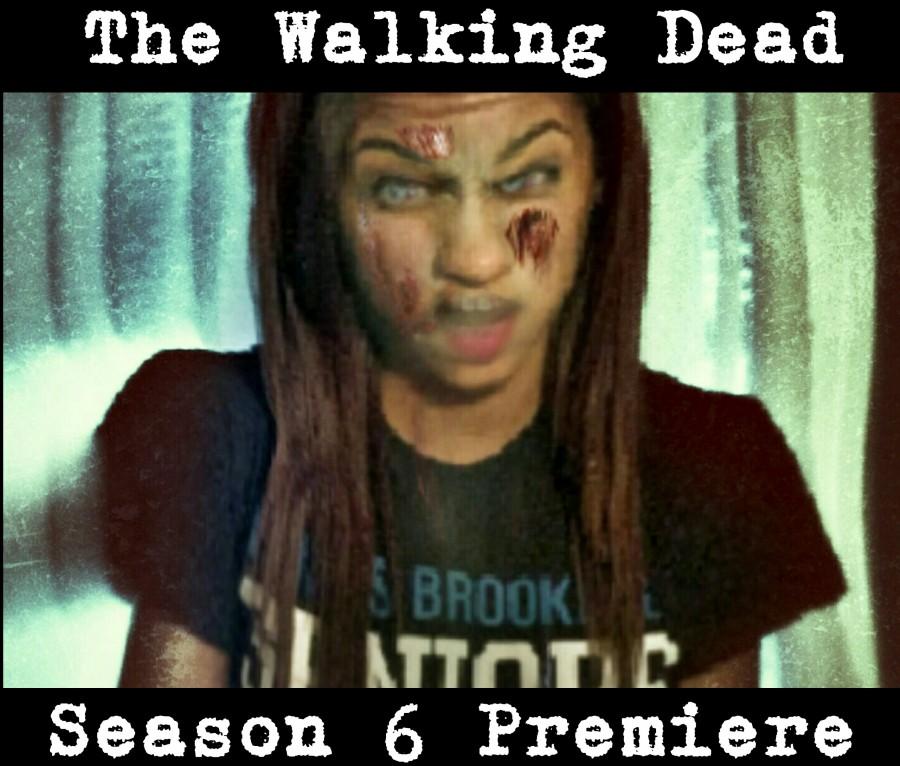 The seaon 6 premiere of The Walking Dead is comign soon to Fox. Are you ready?

As one of the highest rated television shows of it’s kind, this series – based on the comic books – has lived up to expectations since its first episode in 2010. The zombie thriller has generated hype even months before its series premiere. Now, after five years, The Walking Dead is still satisfying loyal fans. After a long break from the season five finale last March, the show will be returning this fall. However, do not be fooled by its theme. There is more to this series than trying to stay alive in a world full of “walkers.”

The Walking Dead has been nominated for Golden Globe awards in Best Visual Effects, Best Lead Actor, and also Best TV Series Drama. The show is also a two time winner of the Emmy for Outstanding Prosthetic Makeup. For the season five finale, the viewership reached the record high and consisted of 15.8 million viewers.

For those who are unfamiliar, The Walking Dead is a television show broadcasted on AMC that is based off of comics by Robert Kirkman. The main focus of the show is on character Rick Grimes, a former King County Georgia police officer. After being shot in the line of duty he awakens from his coma in a hospital, unaware that a virus outbreak has spread through the outside world. Rick eventually finds his family and joins the group of others they are with. As days go on he becomes the head of the group and leads them through dangerous “walkers” and dangerous people, losing and gaining many members along the way.

The show has stereotypical staples of the zombie theme: jumpscares, rotting flesh, and intense close combat. But the reason the show stands out in such an overcrowded and growing sub genre is that it has additional elements to make it unique.

Among the gory fight scenes and suspenseful situations, The Walking Dead also demonstrates what it means to be human. The basics of humanity become more visible in a time where society has crumbled, the world is structureless, and basic survival is the key goal. The Walking Dead shows that having positive relationships and trust are essential to survival, as well as maintaining humanity while everything else has changed. As the group leader, Rick stresses that keeping morals in such a dangerous time is one of the only things maintaining them human.The group must have strong relationships with each other to make tough decisions, and trust their lives in each other hands.

One of the most refreshing things about The Walking Dead is its diverse cast. The show has introduced main characters who have diverse race, gender, age, sexuality, and religion. These diverse representations are not few and far between, but multiple and throughout the series. As if having one of the most diverse casts on television was not enough, The Walking Dead also strips away stereotypical gender roles. An excellent example for both of these claims is the character Michonne. Michonne is one of the many African American characters. She defies feminine stereotypes by easily being independent, one of the most skilled in combat, and not afraid to lead.

The season six premiere is quickly approaching. The following episodes will answer many questions that were created during the end of season five. Questions include: Will Rick or Deanna lead Alexandria? How dangerous will the rival group “The Wolves” will be? Will there will be any deaths of character from the first season? How Rick’s old friend Morgan will now fit into the group?

Kathryn Bobek ‘15 says “I think Rick will lead because [the Alexandrians] realize it’s time to change. They know they will need protection from “The Wolves” and need his experience. Deanna barely knows what she’s doing.”

“I think the new season will be less about survival and more about people’s relationships,” says history teacher Jennifer Given. “I also am wondering if Rick will have a relationship with Jessie now that her husband is dead.”

During an interview, Andrew Lincoln , who plays the main character, commented on Morgan’s reappearance in the show. “He seems like a changed man. It’s so incomprehensible that this guy is standing in front of me with Daryl and Aaron. All I can tell you is that everybody is champing at the bit to see what the returning episode is going to be like and we’re going to find out soon. I think there’s a storm coming,” he says. Although The Walking Dead is a zombie show, it’s also about how people are coping and interacting with one another in a dangerous and unstable world. The show includes many interesting themes of leadership, trust, and also morality. The Walking Dead gives a thrilling survival storyline while also having well developed, diverse characters and meaningful messages. If you are a potentially new “dead head,” you can catch up on The Walking Dead episodes on Netflix or on the AMC channel marathon before the new series premiere.