Welcoming baby Basbas to the world! 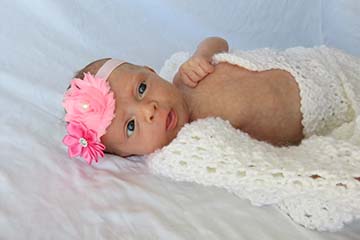 Everyone’s favorite male Spanish teacher at Hollis Brookline High School (and the only one), Señor Basbas, has added a new title to his name– Padre Basbas.

Basbas’ first child, Alyssa Lucille Basbas, was born on August 27, 2015. For Basbas and his wife Amy, she has quickly become their whole world. Basbas describes being a father as “a difficult task for someone who likes to go home and veg out,” but loves spending time with her even though she “doesn’t do anything” (Basbas). With Alyssa being Basbas’ first child, he often wakes up not knowing what to expect for the day, so he plans to just take each step in stride. He’s a great example of how even teachers can be learners.
Basbas told us here at the CavChron that baby Alyssa’s biggest milestone to date has been sleeping for five hours straight. He’s hoping he’ll be the next one in his household to successfully do that.