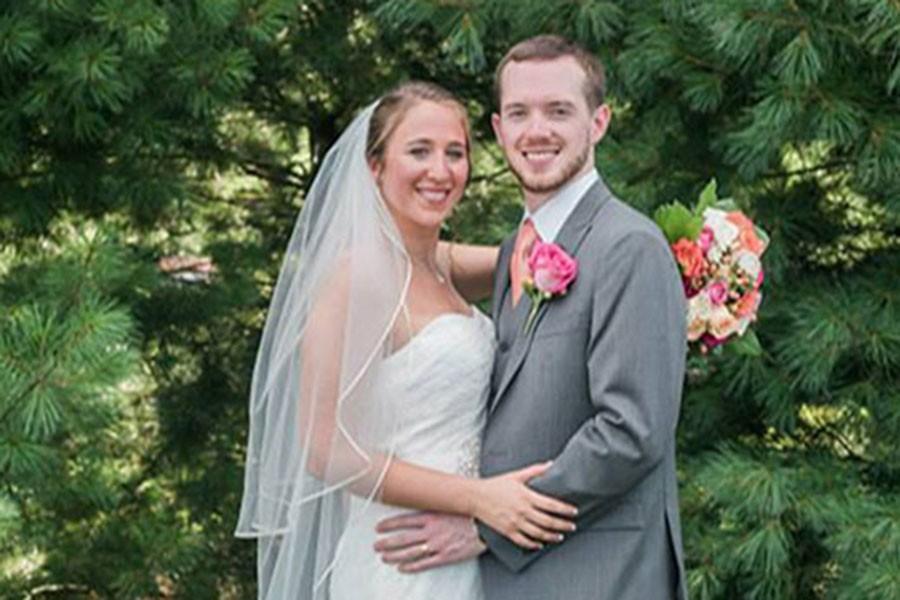 Mrs. Henderson with husband Reid at their wedding

Mrs. Katherine Henderson (formerly known as Ms. Pine to many students here at Hollis Brookline High school) has some exciting news to share.

That’s right! She was married on August 1, 2015 in Great Barrington, Massachusetts. Ms. Pine was engaged to Reid Henderson two spring breaks ago. In preparation for their honeymoon in France, they’ve spent the past year learning French.

“It was awesome to be able to practice our language skills, though I think we learned we have a lot to learn and a long way to go before we are able to communicate and understand fully” Mrs. Henderson said.

Mr. & Mrs. Henderson currently live in Concord, NH; they’ve lived there for a few years, and it is a 45 minute commute (80 miles) to and from work everyday. Now that they are married and thinking about the future, they’re planning to eventually move closer and buy a house but first the newlyweds need to save up enough money to purchase their own abode.
“Saving money for a house first, and then family later,” Mrs. Henderson confirms.

The hardest thing for the newlyweds “is getting use to using the “H” word [husband] and the “W” word [wife],” Henderson concludes, “[Yet] ultimately marrying my best friend, the person I love, is the best part.”