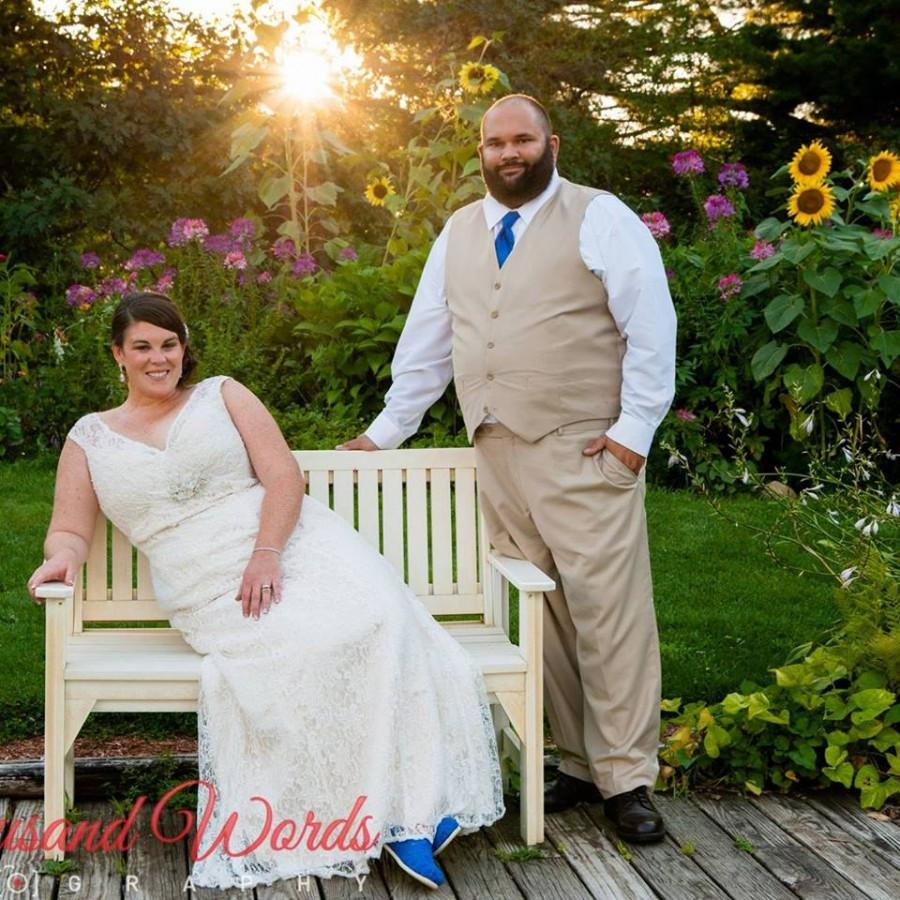 The happy couple on their wedding day!

On August 1st, the former Señorita Sheehan and her husband tied the knot in the gardens of the beautiful Mile Away restaurant in Milford. Now called Señora Robbins, her wedding was everything she dreamed it would be. After the emotional ceremony, the reception occurred in a large tent nearby the venue. She said, “It’s hard to imagine, but there were 150 people in the same room. You try to say hi to everybody, but you also want to have fun. We had to take so many pictures. It’s hard to get in all in, but it was awesome. I wouldn’t have traded anything for the world!”

The guest list had 150 names, but during the ceremony there might have been a couple more. She said, “I had pictures of my two grandfathers in my bouquet…so I had them both with me. When I got to Joe I looked at the front row and noticed my grandmothers weren’t there…they were actually under the tent. So when I saw them I looked down at my grandfathers, and I felt pressure on my shoulders. It was the weirdest thing! So I kinda feel like they were with me, and that was something that I wanted.”

A wedding as special as this surely sets the tone for a happily ever after!