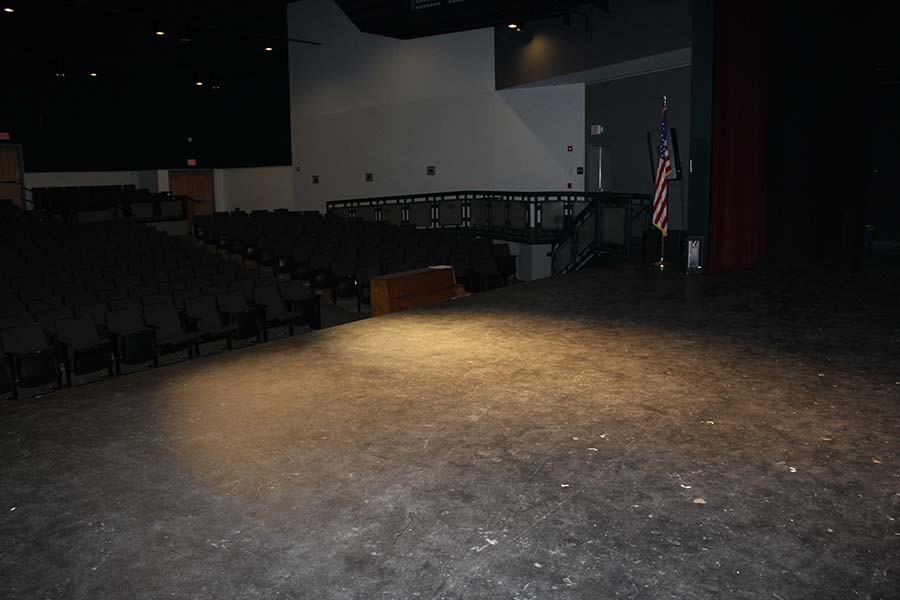 “Don’t drink a RedBull before an audition,” offers Rachel Jiang ’16, recalling her self described, “worst audition ever.”

After driving 8 hours back to the school in order to audition for last spring’s musical Oklahoma, Jiang decided to fight drowsiness with caffeine, “and my voice was awful,” she says. However, her dancing got her into the show.

Senior Bradley Simpson has played a part in every show since his freshmen year. He, like most actors, researches the play before his audition so he isn’t blindly “ looking at names on a page.” This helps to understand their characters’ intentions and behavior, as well as knowing the context of the scene.

“The hardest thing about an audition is finding a different way to play the scene. When you see everyone play the part in the same way, you want to add your own personality,” Simpson says. He strives to bring new life into a scene, knowing the director may have been watching the same scene play out again and again. Simpson tries to do something different.

Seasoned performers will know that an audition may or may not require reciting a monologue or learning a specific dance. Sophomore Carolyn Scalia says that needing to memorize something can be daunting, but not knowing what to expect is even more unnerving.

Thespians will also stress the importance of pushing their scene past a mistake. “It’s okay to fail, what’s not okay is to fail and not keep trying,” says Bradley Simpson ’16. As they say, the show must go on.

Auditions are held to find which actor best embodies the character. “It’s a way for (directors) to see how you act and behave,” said Simpson. He reassures future performers that it isn’t supposed to be a measure of your talent.

After the auditions, everyone is dedicated to pushing the show forward and helping their castmates.

Simpson expresses that the experience of working in a group that wants to see their project become a success is gratifying.

He speaks for his cast mates when he says, “I love it.”