What does a promise mean to graduating seniors? 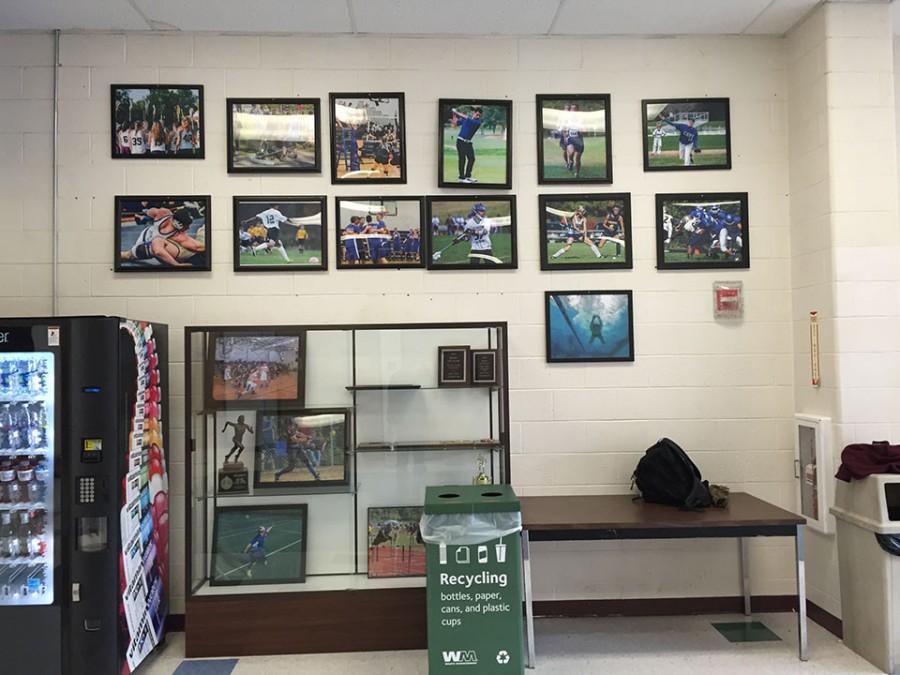 The Class of 2015's senior gift hangs in the back lobby at HBHS.

In the passing years, select members of student council are chosen by the senior class to determine the gift that the class should provide for the school.

Prior to their departure, the seniors are expected to announce and follow through with their promises by underclassmen and faculty alike. However, such changes often remain to be completed. The bathroom upgrades were never installed as promised by the class of 2014 nor was the floor tile with Mr. Fox’s footprints replaced by the class of 2013.

The only class to make a substantial difference in the last four years was the class of 2015. The new sports pictures that were added to the third-floor lobby are a clean addition to the growing school community and an attainable promise made by the class of 2015. However, even then the gift was left up to a small group of people to get it done.

In 2014, the seniors were supposed to deliver improvements to bathrooms such as installing walls with the intention of separating areas that remain still uncomfortably close to one another.

“I think that seniors need to follow through with their promises to the school, otherwise they’ll just be getting everyone’s hopes up for nothing,” said Ian Anderson ‘16.
Kevin Philpot, alumni from the class of ‘15 said, “I’m glad we followed through, but it was left up entirely to members of student council. [It] hardly felt like a class project.”
On the other hand, many of the promises being made are not cleared with administration prior to their announcement. This has led to conflicts between the two groups, most often ending in a great silence in which the students go out quietly.

Whether or not it was up to the seniors that their gifts be implemented, a promise is a promise, even if made prematurely.