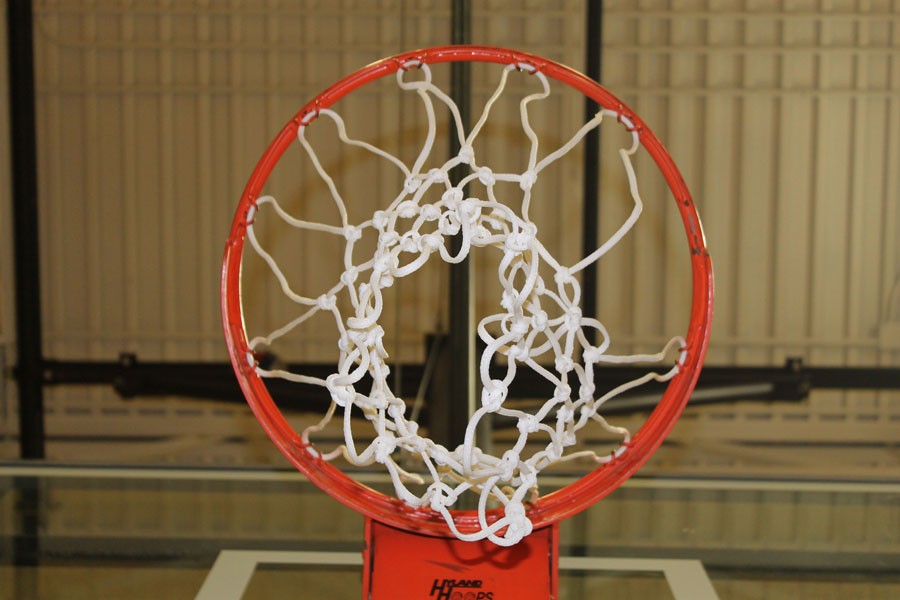 With the season fast approaching, Hollis Brookline’s boys varsity basketball team is getting ready for the road ahead.

With a roster of fifteen, the team features four seniors, five juniors, and six sophomores. It will be the responsibility of the eight returning players to set an example for their first year varsity teammates , in order to succeed this season and in the seasons to come. Because of their young core, development for the future will be just as important as this season’s record. “The future looks bright,” said Matt Dowling ‘18.

Despite only losing four players to graduation last year, this year’s team has a very different look.

“With six new sophomores on the team this year, we are going to be young and inexperienced, but they have been continuing to prove themselves. We also have a couple of guys that have been at the varsity level for two years plus, so that will help make the transition easier,” said Nick Fothergill ‘17, a returning junior for the Cavaliers.

The team features seven new players, all of whom played on the junior varsity team last year.

“We are young and inexperienced, but we have hard workers,” said Kyle Szewczyk ‘16. Of the seven players new to the varsity basketball team, six of them are sophomores. They are replacing the four players who graduated last year, and the team is optimistic they can fill those roles. Even with the inexperience, this team is putting in the work and has no lack of dedication. “[We are going to] play with discipline, always show up to win,” continued Szewczyk.

The team’s first scrimmage was against the former Division II Champions, St. Thomas. “We weren’t sure what to expect, the three really good kids we had last year all graduated,” said Luther Payette ‘16. The team ended up winning the scrimmage very comfortably.

They then faced the difficult opponent of Portsmouth. The boys fought hard but fell short in the end. “Our coach was actually happy with our performance against them. They are a really good team and we were expected to lose by a lot more,” said Matt Bonnette ‘16.

HB’s team shows great potential, as they still have two more scrimmages against Goffstown and the tough Division I opponent Nashua North. They have a full week to prepare until they have their first game, and things are shaping up.

After three preseason scrimmages, the boys varsity basketball team has their first official away game on Friday, December 18th at 6:30 against Milford. The team has a total of eighteen regular season games, after which they hope to compete in the playoffs.

Playoffs are far away, and it can be easy for teams to lose sight and focus during the season. This team, however, is ready to put in the work, and they have the mentality to push through the long season. They go by a big saying this year, “Be better than the day before,” said Dowling.