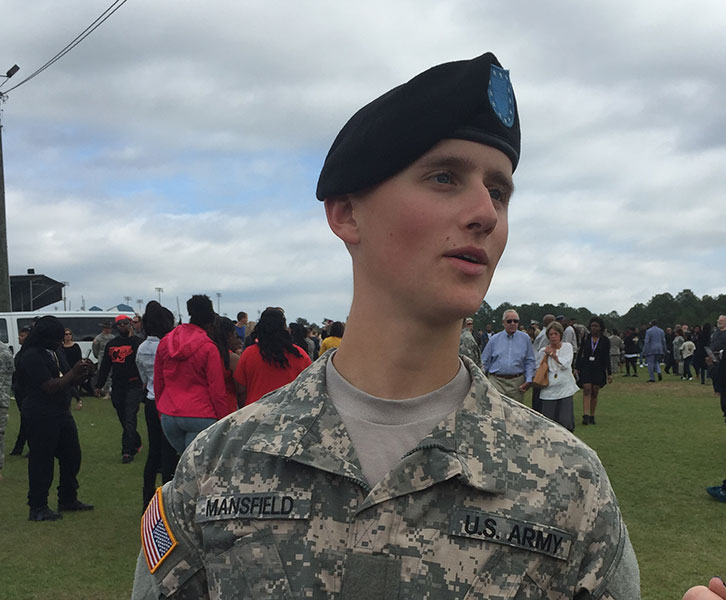 Wesley Mansfield, a graduate from class of 2015 recently finished his training for the United States Army. Mansfield has successfully accomplished his basic training and he completed his 42A training to become a human resources specialist. Some of the seniors from this year were close to Mansfield last year and some remain close to Mansfield. Anthony Miceli ‘16 said, “Wes is a real good kid, I am very proud of him, he’s a hard worker and he did something a lot of people said he couldn’t do.”

Kelsey Mansfield ‘16, sister of Wesley Mansfield, said, “Myself and my family are very proud of Wesley’s accomplishments. He has a strong mind and we think that’s why he has been excelling so strongly already.”

Mansfield was recently home for 16 days as he prepared for his first deployment out to Germany. Mansfield was hoping to stay stateside for his deployment, but he “goes where the Army sends him”. Mansfield was not the biggest fan of Basic and Mansfield now says that anything he has to do, he looks at it with a new demeanor. He says that PT (physical training) was difficult at first, but now that he is used to it and it is part of daily life, he doesn’t have to even break a sweat.

Mansfield attended two Bruins games, saw a lot of the friends he missed, and attended a unified practice to be re-united with Aidan Keehan, a current student at HB. Mansfield kept his grant for leave a secret and surprised his mother at work, his grandparents, and his dog Daisy. Mansfield’s mother broke down in tears of joy to see that her son, a now Private in the U.S Army, managed to come home for the holiday before he is sent overseas.