A Look Into The Woods 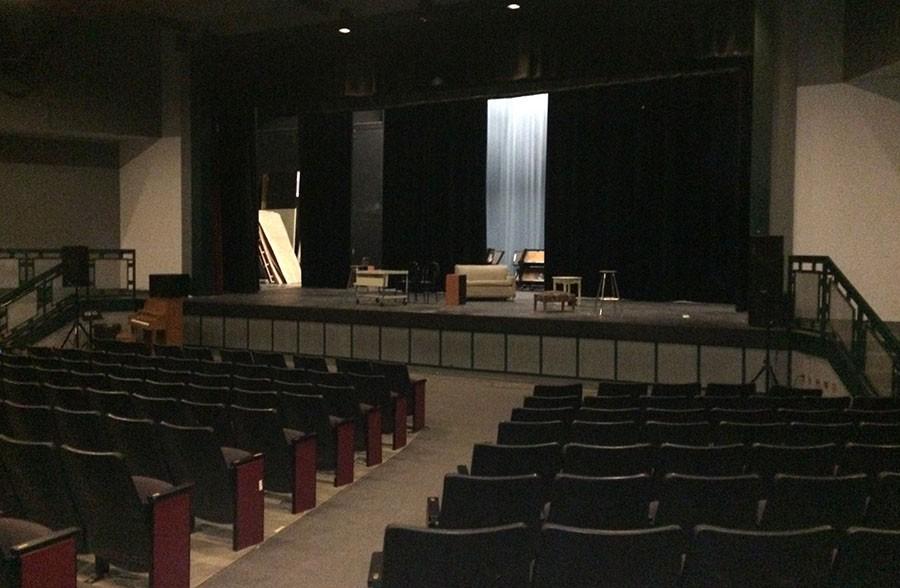 The stage sits waiting to be filled with a magical set and talented students.

The Hollis Brookline Theatre Department is at it again: learning lines, lyrics, and choreography that will make their upcoming production of Into the Woods come alive onstage March 18, 19, 25, and 26.

After a grueling week of auditions, call-backs, and anticipation, the cast list was posted on the morning of Thursday, December 10. The list is comprised of returning faces like Maddie Kuchta ‘17, Bradley Simpson ‘16, and Lisa Bumpus ‘16, along with a handful of first-time actors, including Jackie Haytayan ‘17 and Eline Hegna ‘17, who is a foreign exchange student from Norway.

After the success of the fall play You Can’t Take It With You, HB students were excited to take part in such a flourishing program. A crowd of 52 aspiring auditionees flocked to the theatre in hopes of portraying one of the 22 roles available to them. Sadly, co-directors Matthew Barbosa and Gregory Parker “had to make a lot of hard decisions,” as Barbosa put it. Parker added that he believes this is the “strongest cast that [he’s] seen since [he’s] been here,” (though he’s only been at the school since September).

Both directors were excited to see the sense of community beginning to develop among the actors. Before auditions, seasoned performers helped newbies learn the ropes, whether that be preparing for their auditions together or through some positive words of encouragement. Post-auditions, those who didn’t make the cut were supportive of their friends who did.

“It was fun to see everybody come together to help each other and I think that that’s the core aspect of what Mr. Parker and I do here, and the culture that we are trying to bring here. Regardless of whether you make the play, you’re still part of the club,” Barbosa stated.

Barbosa displayed complete confidence in the production after auditions by stating that “most schools can’t do this play well, but I think we can.”

Lauren Moura ‘17, a long-time participant in theatre, is extremely excited to be a part of the production. “I’m looking forward to the cast bonding and becoming like a family,” she said.

“It’ll be interesting because we have two new directors, and because the musical itself is fun,” stated cast member Oliver Fetter ‘16.

The cast and crew of this year’s musical are expecting both an interesting and creative set along with a very talented pit band, which will allow the musical to be well rounded and innovative.