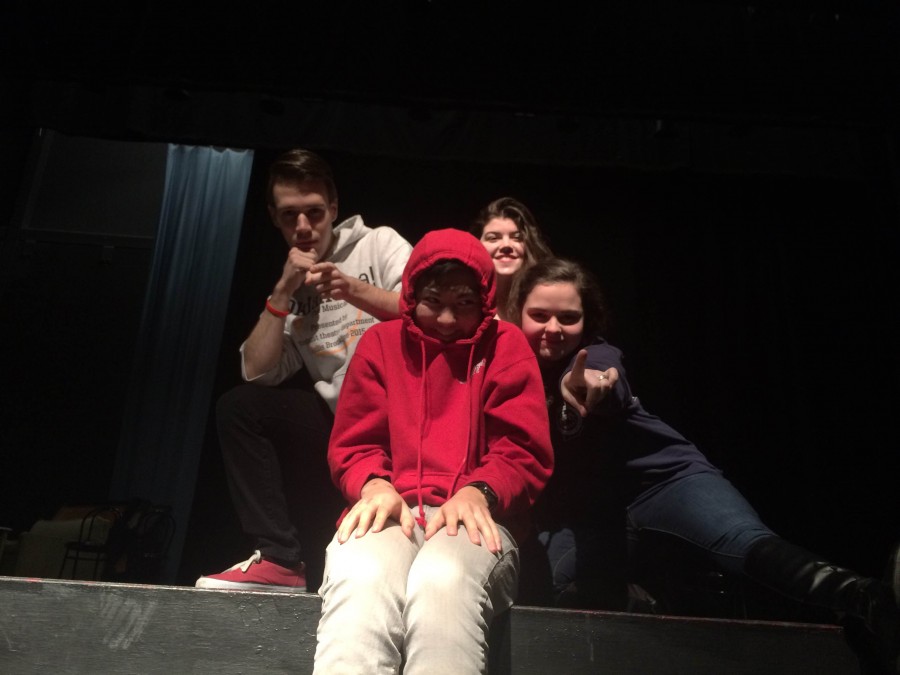 Into the Woods cast members strike a pose

Enchanting audiences since 1986, this Broadway musical is not one you want to miss. Into the Woods, written by Stephen Sondheim and James Lapine, first premiered in San Diego. When opening night arrived, a large crowd eagerly lined up to watch a variety of woodland characters come together and share their backstories in one giant fairy tale (no pun intended). The narrator guides his audience through the lives of Cinderella, Little Red, Jack and the Beanstalk, and many other famous characters.

This year, the Hollis Brookline Theater Department has the privilege of creating its own rendition of this meritorious musical. Matthew Barbosa, Gregory Parker, and Claire Pare will be directing, and are very eager for a memorable performance.

School musicals, especially those similar to Into the Woods, demand generous budgets. However, the budget for Hollis Brookline’s Theatre Department is limited. There are certain special effects that won’t be possible without a larger budget — effects that would grasp the audience’s attention and enhance their experience.

The directors plan to split the stage up into different sections, setting it up so they can rotate through various scenes. This should entice and attract the crowd.

Maddie Kuchta ‘17, playing Rapunzel in this year’s production, offers some insight based on her background knowledge of Into the Woods: “It will be different from the Broadway version, in the sense that we are operating on a budget, so certain special effects and large set pieces will have to be modified in order to fit into that budget,” she said.

This is Barbosa’s first year teaching at HB and he is excited to have the wondrous opportunity to direct this production.

“We chose this play because we have the vocal and instrumental (for the pit [orchestra]) talent to pull it off, which is uncommon for most high schools,” Barbosa said before auditions. This being a huge compliment to the students of HB, it boosted many people’s confidence enough to inspire them to audition for the show. This isn’t the first school at which Barbosa has taught, so when he says that Hollis Brookline is a talented bunch, he means it.

Join the cast in March on their treacherous journey, as they l strive to make Into the Woods an unforgettable experience.