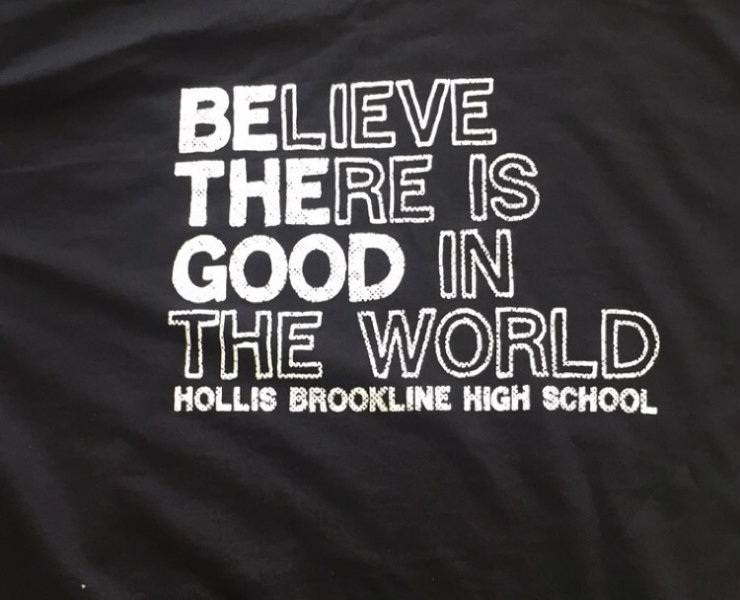 The StuCo T-shirt with motto of their council.

The Hollis Brookline High School Student Council met on February 11th and discussed how they have been preparing for the upcoming Mr. HBHS event. Not only have they been taking care of the nominations, but also dance choreography and rehearsal.

HB’s StuCo will be visiting Souhegan High School on March 7th to see how they run their student council. Cam Jackson ‘16 said he is “ optimistic [they] will gain a lot of information” and the Student Council is “going to explore and see if [they] can make our school better”. Souhegan’s community council doesn’t meet as often as HB’s student council and has longer meetings hence the reason why HB is investigating other possibilities of running the council.

The Student Council will be selling T-shirts at Mr. HBHS on February 18th. The profits go to the grand council, who will distribute the money to different aspects of spirit week along with ten percent of the proceeds which will be donated to charity. The shirts will be on sale for $15 (image of t-shirt included).

In other news, the Student Council will be hosting a hypnotist on March 31st at 7pm and all profits raised will go to support the Class of 2016. There will be more information coming in the next few weeks.