Competing in the Zika zone 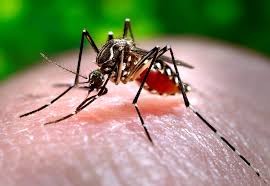 A mosquito transmitting the Zika virus

Is it worth risking your baby’s quality of life for the opportunity to compete in the Olympics? That’s the question many athletes are choosing to take by traveling to Rio, Brazil this coming August for the Summer Olympic Games. According to World Health Organization, the Zika virus is a World Health Emergency. Since May 2015 when the virus was detected in Brazil, Zika has spread to many countries across South America and recently to North America.

As the virus is transmitted through mosquito bites, hundreds have already been infected. Common symptoms include a mild fever, rashes, with muscle and joint pain that lasts from around 2-7 days. Researcher’s biggest concern is the link that Zika has with microcephaly, a condition where babies are born with a irregularly small head and in some cases, brain damage. Although researchers have made headway, there is still the factor of the unknown to now consider..

As of now, there are 197 travel-associated cases in the United States and where there are no locally acquired vector-borne cases recorded as of yet, according to the Center for Disease Control and Prevention (CDC). Although no vaccines exist to prevent the Zika virus, you can use precautions like avoid being bitten by mosquitoes, dodge traveling to countries where the virus is breaking out as well as wearing long sleeves, pants, and a mosquito net when going to bed.

Based on the information currently known about the virus, if you were competing in the 2016 summer olympics would you still travel to Rio where this is a big concern?

For some people, like social studies teacher Christina Ellis, she thinks “that’s a hard one… it’s a difficult decision because it’s something you have been working for your whole life. But it could cause birth defects for your children, which you might want sometime in your life.”

On the other hand, to some like Cam Chrystal ‘16 the idea of the olympics overpowers the fear of contracting the virus. For him there’s no doubt, “Yes, I would still go because it’s a great opportunity.”

Scientists are working away at making a vaccine, with their main focus on women of childbearing age and pregnant women. However, nothing can be done for those infants already affected by this perplexing virus.