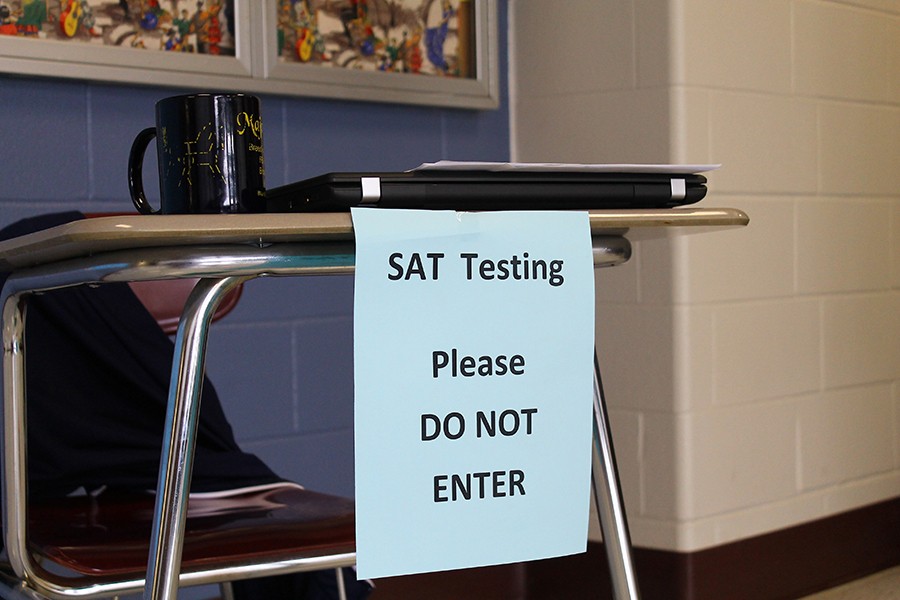 Juniors in New Hampshire collectively took the Standardized Aptitude Test (SAT) last Thursday in school, which is unique in itself. Previously, those seeking to take the SAT needed to pay a College Board fee as well as commute to an outside facility during their own time. Yet, because of the College Board’s agreement with the New Hampshire school districts, that is no longer necessary.

Juniors across the state signed up to take the test, but were not required to pay or even take the test at all. Instead, the SAT was issued in place of the well-known NECAPs that juniors have taken every year in the past.

One such student, Adam Zingales ‘16, said “May of last year was horrible. By the time we finished all the testing, I felt like my head was on backwards.”

Zingales is referencing what many consider to be the worst month of high school for the class of 2016: May of junior year. On top of school work, which was considerably more difficult than the previous years, a hefty amount of standardized testing was forced into our district’s schedule.

When asked of his opinion on the NECAP and Smarter Balance tests, Principal Barnes said, “Last year’s testing was a waste of time. The results this year will be much more comprehensive, similar to those of AP testing.”

By abolishing the NECAP entirely and requiring only certain parts of the Smarter Balance to remain, Barnes is hopeful that we’re moving in the right direction. The ultimate goal is to remove all testing besides the SAT in order to lighten the load on juniors.
The future looks bright for underclassmen, whether they are aware of it now or not.