Catalanotti swings his way to All State 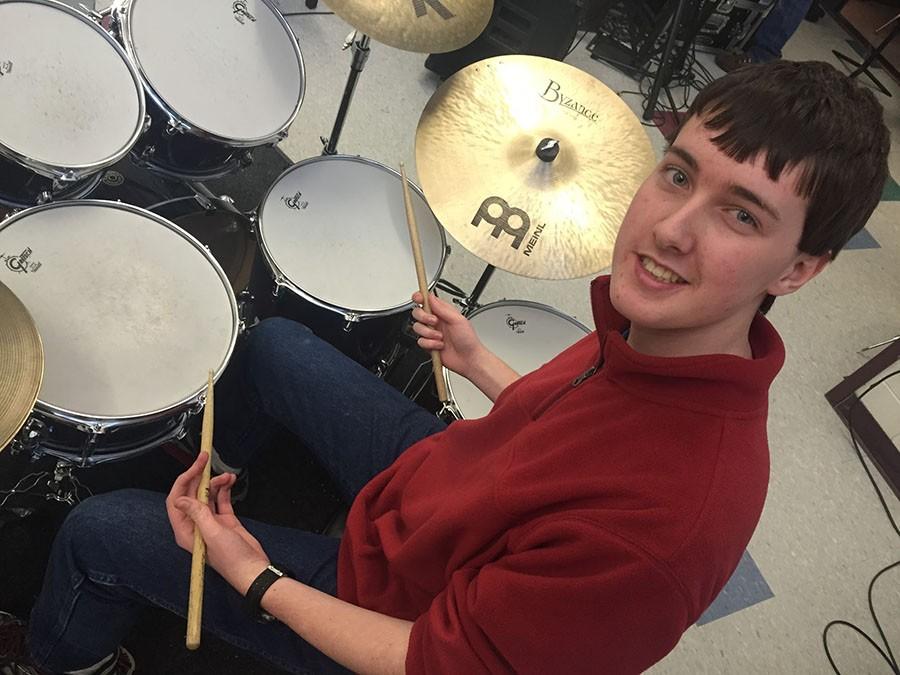 Nate Catalanotti by the drum set at HB.

The bashing of drums isn’t always thought to be the prettiest sound. But for Nathan Catalanotti ‘17, drums are music to his ears. They’re also his passion, and his dedication to drumming has earned him the title of the first percussionist from Hollis Brookline to ever make it into the All State Music Festival, in both All State and Jazz All State.

Catalanotti began playing the drums about eight years ago. “My sister started playing guitar, and we went to a guitar store and there were some drum sets there. I said, ‘Those look cool, can I get one for Christmas?’ So, my mom got me one and a couple of months later she got me drum lessons, and that’s how it all started,” he said.

His love of drumming only grew as he entered middle school and began to gain more skills. Through his practice at HBMS, he found out that he identified most as a jazz percussionist.

The great Hollis Brookline band director Dave Umstead is proud of his pupil and stated, “I think Nate has improved in pretty much all respects. He was a good player when he showed up [freshman year]. He’s working hard, taking lessons from a good teacher and I’ve watched him grow in every respect – his reading ability, his musicianship.

“One thing that’s helped Nathan is that he didn’t wait until he was a senior to try out. He tried out last year as well,” Umstead continued. “When you try out, you gain a lot of perspective. You get to see how you stack up, how much work you have to do, you get see the judges’ comments and try to apply that. He was good about getting in early and getting that perspective that you need.”