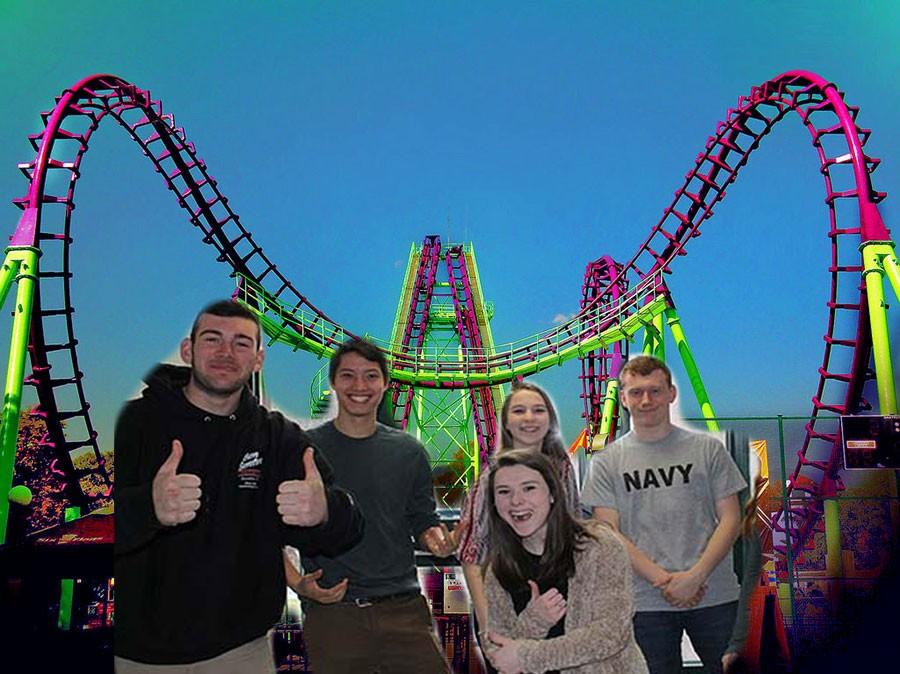 One of the most anticipated days among high school seniors, other than graduation, is the senior trip. It’s one of the last times in June where seniors come together as a grade before parting for the summer and later heading off to college.  This year, senior trip will be split into two day trips. The first day will be a trip to Six Flags New England in Agawam, Massachusetts. Then seniors will be headed to the Brownstone Quarry in Portland, Connecticut.

Originally, it was proposed to seniors that they would attend Grad night at Six Flags from 9 pm to 5 am the next morning. Seniors seemed to be very enthusiastic but unfortunately, the idea was not approved by administration. Disappointment fell upon the seniors and many claimed they will no longer be attending senior trip. But there are still many attractions at the two locations that will make senior trip worth attending, even if it’s not during the night.

Brownstone Quarry was a close second contender for senior trip, so when administration broke the news that seniors will not be permitted to attend Grad Night, they offered a quarry trip as well. The quarry’s amenities include swimming, zip lining, cliff jumping, rope swinging, rock climbing, wake boarding, kayaking, scuba diving and hiking. There is an activity for everyone at Brownstone.

Six Flags New England is a childhood favorite amusement park for many, but the fun doesn’t stop once you’re in high school. It includes thrill rides; some popular ones being Batman, Goliath and New England SkyScreamer. But if you’re not in for the rush, Six Flags has family and kids rides such as; Blizzard River, Geronimo Falls and Mind Scrambler. Some of the rides at Six Flags are water rides, so don’t forget a bathing suit if you want to go on them.

Some people still aren’t convinced that this trip will be worthwhile, such as Takuma Okada ‘16, who said, “I think some people are going to skip.” Following this remark, his friends agreed and said they probably won’t go.

When asked why they didn’t want to go, the reason was similar amongst students. “We’re bummed it’s not going to be at night because that was the big draw,” Natalie Lewis ‘16.

Some seniors are optimistic and looking forward to spending time with their peers for one of the last times. Leah Cummings 16’ said, “The quarry will be fun because there’s a lot of different things to do and something for everyone to enjoy.”