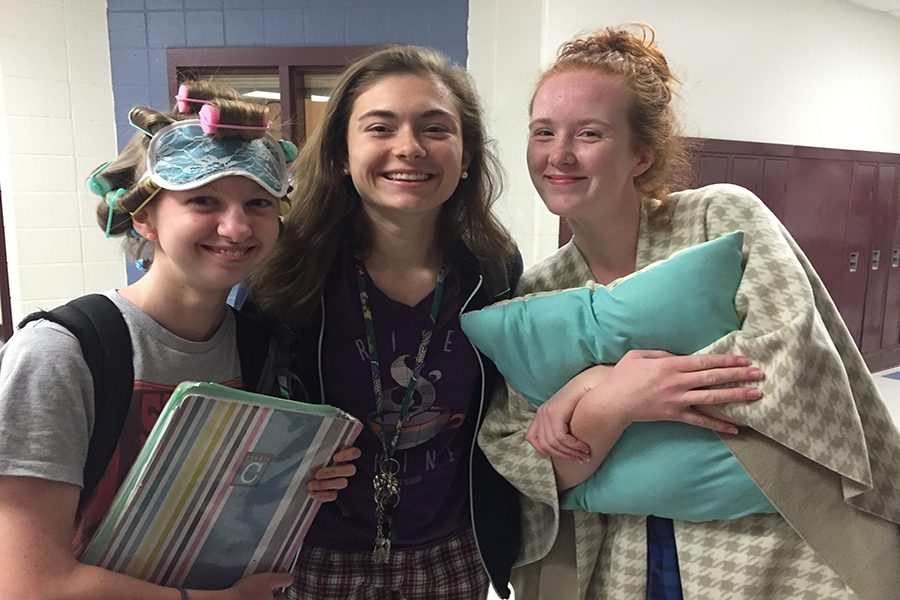 The first day of Spirit Week here at HBHS kicked off today with a comfortable start: Pajama Day. Students flocked into school donned in bathrobes and bunny slippers to gain spirit points for their class.

After a slightly confusing schedule, the entirety of HB packed into the gymnasium, where a wonderful rendition of the National Anthem was performed by the Hollis Brookline Honors Choir to mark the beginning of the Opening Ceremony. Afterwards, the Unified Basketball Team faced off against HB faculty, with the students beating the teachers 10-6.

In between activities, the Pep Band provided up-tempo tunes for the crowd to jam to. 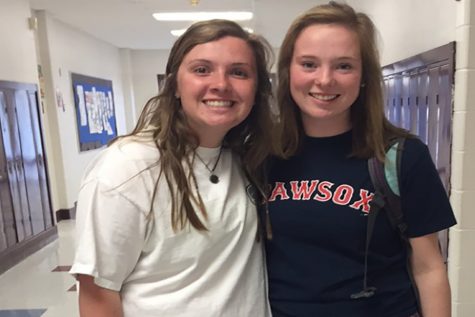 Next was a game of musical chairs, in which the junior class’ last remaining contestant took home the victory. Yet the class of 2017’s winning streak didn’t end there, as 2017 was also declared winner of the Penny Wars.

The sophomore class also gained a large victory, with their class coming in first place for participation in Pajama Day. For total spirit points, currently the sophomores and juniors are tied for first, while the seniors and freshmen are tied for third. It already looks to be a close competition, yet only the next few days will determine the winner of Spirit Week.

A presentation by the FIRST Robotics team came after the musical chairs, where CEOs Nick Sengstaken ‘16 and Kyle Hamblett ‘17 presented the team’s robot Apollo and discussed how the 60 or so students on the team manage such a feat. Then, the team, and HB, received a wonderful surprise when their advisor, Sue Hay, announced that they would be heading to the World Championship next week! 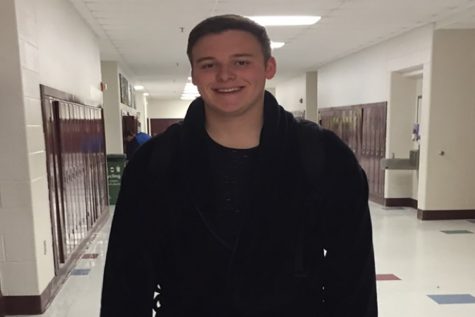 The assembly came to a close with a couple rounds of the rallying spirit chant, which pumped up HB’s competitive spirit for the festive week ahead.