The price to park 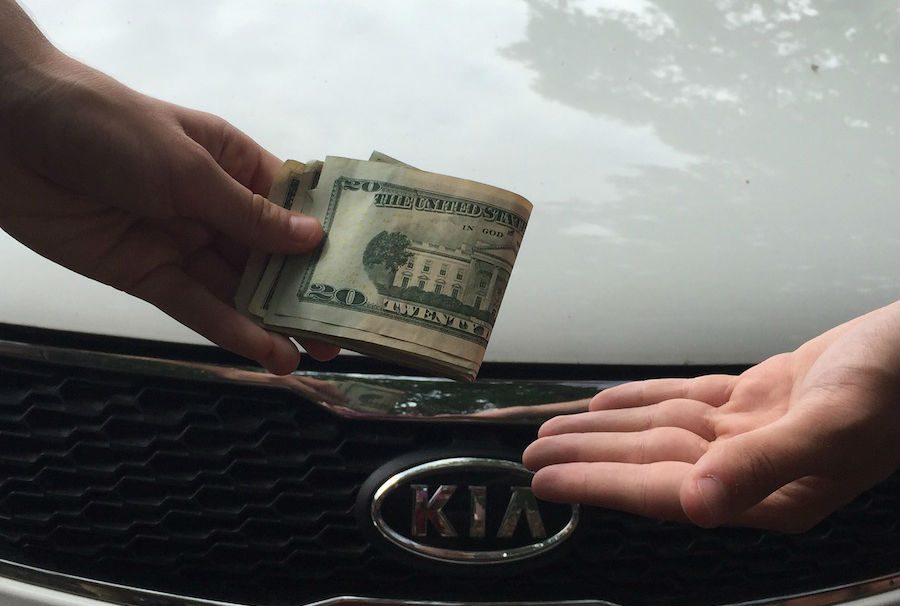 The 2016-17 school year is approaching, and with it, major changes are shifting into gear.

As per the decision of the Hollis Brookline High School administration, the larger of the two dirt lots used for student parking near the baseball field will be closed. In addition, the parking fee has been raised from $40 to $70 per school year. This increased fee will also be applied to the remaining lower lot, where it was previously free to park. For the time being, this lot will remain unpaved.

The funds gained from the parking fee will be put towards the installation of more security cameras, paving all lots, and ongoing maintenance for all lots.

Raising the fee gradually over a period of two to three years was briefly considered, but ultimately it was ruled that this strategy would not produce the necessary funds in the time frame needed to accomplish the parking lot improvements.

“We’ve had a need to do maintenance in the parking lot,” said Principal Richard Barnes. “We were set this year because we budgeted for it, but there’s a lot more work that needs to be done. All lots should be paved, and the lot that is kept should be lined and numbered so that every student knows they have a spot…and the only way to do that is to raise the fee.”

When the news of the price increase was released on July 22 by Principal Barnes in a letter to families, he was met with district-wide uproar. Parents and students alike took to social media, specifically the Hollis Brookline Community Facebook page, to state their reasons for opposing the new plans. Some Hollis Brookline students voiced their concerns with The Cavalier Chronicle online.

“It’s ridiculous for students who work part time jobs to pay a $70 parking fee. Also, the fee should be different for each of the lots,” said Emma Schulz ‘17.

“I have friends that don’t think they can drive to school this year because they can’t afford to park at the school,” said Emma Maxwell ‘17. “I think that they shouldn’t be changing the prices to that extent. If they need to raise the price maybe 5 or 10 dollars I think that would be okay.”

However, while $70 may seem pricey, it is a luxury compared to what other schools in the area charge: Goffstown High School charges its students $100 a year to park, as does Souhegan, while Bedford High charges $110.

In response to the community backlash, Barnes and administration insist that these changes are not solely about raising revenue, but ensuring the safety of all students is the top priority.

“The larger issue is to do something overall with our parking situation and our traffic situation, which are just not safe. We need to take steps to make it safer and raise the money so we can properly maintain it and insure that it’s safe. That’s the rationale,” Barnes said.

It is anticipated that closing the larger dirt lot and thus preventing students from crossing the road to get to the sidewalk will not only ease traffic flow, but keep kids from getting injured. In addition, the cameras purchased with these funds will help to prevent future vandalism and to increase a sense of security on campus.

Come this school year, all parking passes available for the back lot will be sold first. Once the back lot is sold out, administration will issue as many parking permits as the lower lot can hold. This number still needs to be confirmed, but Barnes estimates it to be around 35 cars. Seniors will have priority.

Additionally, Jeff Smith Way, the road that connects Cavalier Ct to Love Lane and the middle school, will become a “no parking” zone during school hours.

HBHS administration is confident that given the number of spaces unused in the back lot this past year, along with the number of students who will be carpooling or taking the bus due to these changes, both the upper and lower lots will be able to accommodate the majority of students’ cars.

“I think there’s going to be less availability for cars but I don’t think it’s going to be that much less,” Barnes said. “It’s not like 50 cars won’t be able to park anymore.”

The new system will be evaluated in the coming years and adjusted as necessary.