The value of being a three-sport athlete 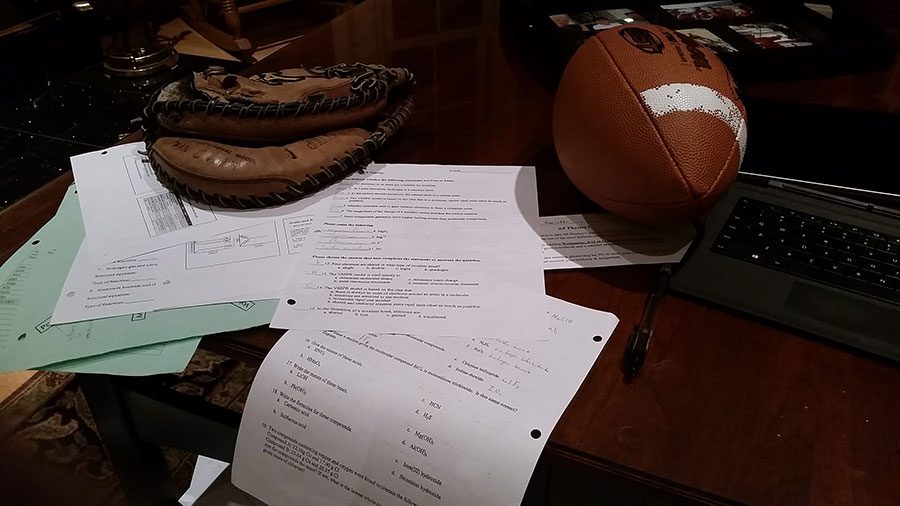 My biggest recommendation for incoming freshmen, and anyone at HB for that matter, is to be a three-sport athlete. I am a three-sport athlete myself, and have been since my freshman year. It isn’t very common, as most students here at HB play one sport, maybe two. A sport every season is busy; there’s no denying that. However, the benefits gained from the extra commitment outweigh whatever is lost.

Time management is a valuable tool to have, and there’s no better way to master it than by playing a sport every season. Having practice every day after school means that you won’t get home until after 4 p.m. ﹘ and that’s at the earliest. Once the season really gets going, games are two or three times a week. That typically means you aren’t home until 6 or 7 p.m., and often times even later than that. After all this, there isn’t very much time left to complete assignments, which athletes learn to adapt to quickly. Time can’t be wasted in high school, especially not when playing a sport. It can make for some added stress for student athletes, but it teaches great study habits.

“By being a three-sport athlete, you learn one of two things,” said Jack MacLeod ‘17. “How to focus and crank out homework in the little time you have left in the night, or how to cope with sleep deprivation. Probably both.”

When your only options are to work efficiently with the little time you have or waste time and fall behind, you learn not to waste time.

A three-sport athlete is looked upon highly by colleges. Schools don’t only want the grades; students are also evaluated by test scores and extracurriculars. Sports are great extracurriculars because they demonstrate to colleges that you have teamwork and leadership traits.

Being a former three-sport athlete herself, Erin Robbins considers three-sport athletes to have an advantage in the college application process. “It’s rare to find kids that play three sports, especially today. It’s going to give kids a second look,” she said.

Anyone who has played a sport at HB knows about the social aspect. Meeting new people is inevitable, whether you want to or not. Rosters often feature athletes from every class, allowing for people to meet that otherwise never would have. “I met a lot of people, especially upperclassmen, that I wouldn’t have met if I didn’t play sports,” said Kenny Corsetti ‘19. Many students make friends with others that are in a different class during sports seasons and continue to be friends after the season ends.

A three-sport athlete is going to have a little more stress than other students. There will be times when it seems like too much going on, but in the end, you’re going to be glad you did it.. So push yourself and go out for a sport every season. You’ll be surprised by what you get out of it.