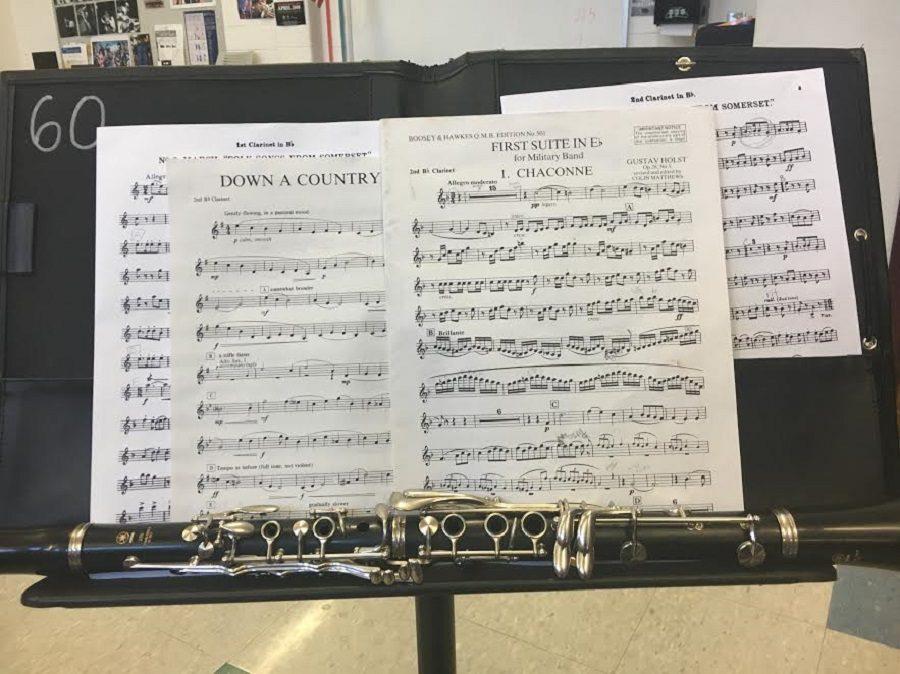 The Southern New Hampshire Concert Band Festival will be held in the Hollis-Brookline auditorium and will begin at 5:00. Admission is free.

The Hollis-Brookline Concert Band is off to another impressive start this year. A select number of students were invited to partake in the prestigious Southern New Hampshire Concert Band Festival this Sunday, September 25. Directed by Diane Francoeur, a band director at Manchester High School West, members of the Hollis Brookline band will play alongside the top band students from Campbell High School, Souhegan High School, and Milford High School. These young musicians will be  playing several pieces including “Sedona” by Steven Reineke and “All Glory Told” composed by James Swearingen.

HB has been participating in this fall festival for seven years. Each September, the best of the band is represented in a group of close to 100 high school students, playing several sections of instruments. These musicians work in and out of school to show they have what it takes to obtain such opportunities. If selected to play in this specific festival, these students are given folders of sheet music and are expected to practice outside of class. The week before the performance, a rehearsal is held during Cavblock to work out some of the kinks.

Maegan Castriotta ‘17, a dedicated flutist, has taken part in this festival since her sophomore year. “I really love that this school gives us so many opportunities to play and showcase the department’s talent,” she said. “I think it definitely makes me a better musician.”

This is the first year that a high school director is performing with the school bands. “We usually have college professors conduct this festival, but this year we decided to switch it up,” said Dave Umstead, band director at Hollis Brookline. “One of the reasons we are doing that this year is because she is a female conductor. We typically have male professors as our guest conductors. There are females in the band and so many female band directors out there, so I think it is good for the band to have this experience. She is a very talented director and I wanted my students to have the chance to learn from her.”

Francoeur is an award-winning director of 24 years and has directed many large groups around the area.“I am excited to learn from [Francoeur],” said Skye Jacobs ‘17. “I have heard many great things about her and always look forward to working with different conductors.”

The festival will begin at 5 p.m. in the HB Auditorium. Admission is free for all and attendance is encouraged.

Umstead has no doubt this year’s concert will be another success. “We have such strong talent this year,” he said “I know without a doubt that these young musicians will put on a fantastic show.”