Player of the Week: Matt Ferenczhalmy 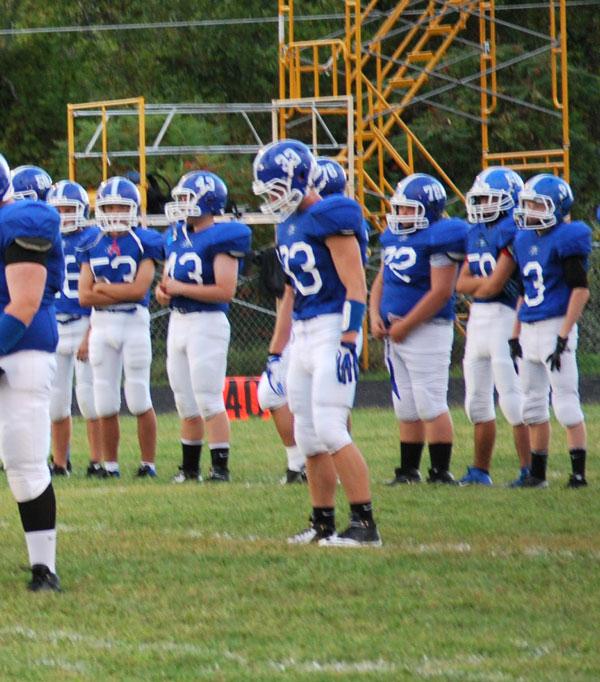 Matt Ferenczhalmy, our Player of the Week, getting ready for Hollis Brookline's game against Sanborn

Matthew Ferenczhalmy is this week’s Player of The Week. Ferenczhalmy had 200+ yards, and 4 touchdowns on Saturday, September 21, 2013. “He’s just like his brother, Nate,” Ian Tomer, ’14, stated. “He powers through, he’s a complete player.”

As Coach Rich Bergskaug stated. “He’s the strong, silent type. He’s hard working and leads by example.” Even though the Cav’s took a bad loss in the game, this week, the Player of The Week Award goes to Ferenczhalmy.

“A very respectful, nice kid. How I want my child to act when I’m not around,” school nurse Cathy Burbee stated. It would be an understatement to call Ferenczhalmy a respectable kid, by the way people always talk about him, he seems to be one of the most respectable students in his grade.

“I plan to go to college to become a physician assistant,” Ferenczhalmy stated, as he shares his thoughts about his future. He really likes to play football as running back, he gets many opportunities to handle the ball. “The team is in constant good spirit, I like the rush of the game.” Even though he doesn’t think he’ll play in college, Ferenczhalmy keeps his options wide open.