Maggie O’Hara: behind the scenes 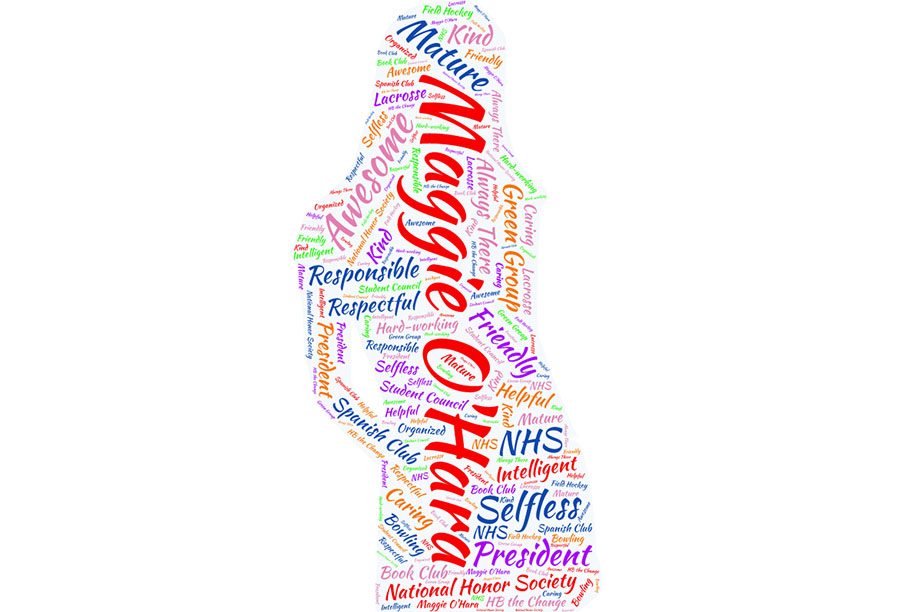 The many activities and attributes of Maggie O'Hara

The majority of people at Hollis Brookline High School know Maggie O’Hara, whether as a colleague, friend, student, peer, or all of the above. But for those who don’t know her, or have only heard of her, she is our esteemed student body president.

O’Hara is what people would call a “renaissance woman–a woman with many talents and expertise in numerous areas. She has been involved in Student Council for three years now, and has earned her way to the top.

Her other extracurriculars include Spanish Club (four years), HB the Change (three years), Green Group (two years), National Honor Society (two years), and Book Club (since its startup last year). She also works at American Eagle on the weekends and volunteers regularly through NHS. O’Hara is not only involved in her community, but she is smart and athletic as well. She is a triathlete because she plays field hockey, bowling, and lacrosse, and of her six classes, she takes one AP and two Honors courses, in which she maintains good marks.

Chris Aulbach ‘17, a peer and colleague of O’Hara’s who has known her for over three years, described her in the same way and added that she is hard-working and selfless as well.

O’Hara’s role model is her older sister, Katie, whom O’Hara has looked up to since they were children. O’Hara said that Katie is an all-around great person and she aspires to be like her.

O’Hara, is “always there”, and “sees the big picture,” as Robbins put it. This, she feels, is why O’Hara makes a great president.