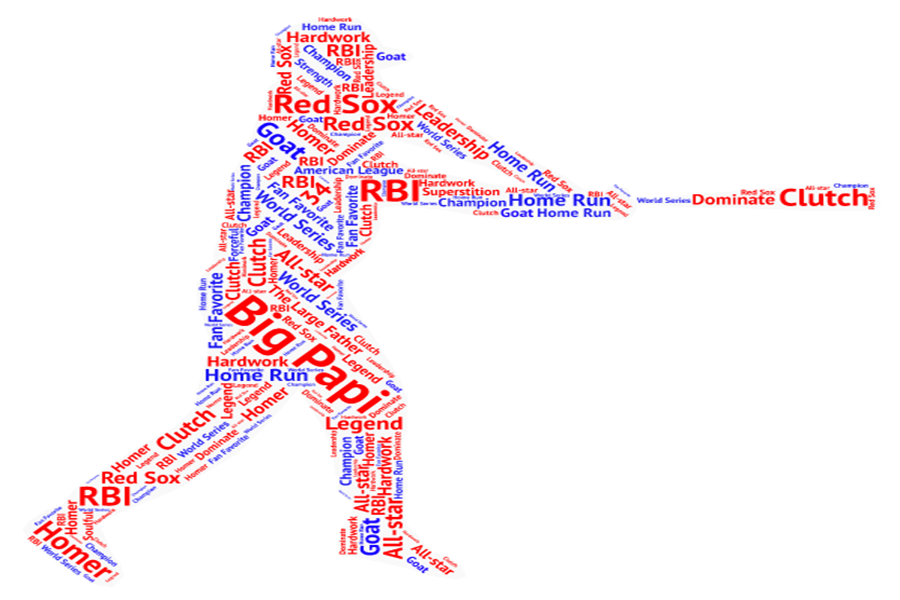 Just some of accomplishments of David Ortiz

On October 10, Red Sox Nation said a sad goodbye to an all time legend: the designated hitter, number 34, David Ortiz. The Red Sox played the Cleveland Indians in Game 3 of the American League Division series, with the Indians going for the sweep and the Sox fighting to stay alive. But when the final out was caught in the bottom of the ninth, Ortiz’s career reached its end.

Ortiz had given his heart and soul to the Red Sox and had become the “greatest Designated Hitter of all time,” according to Bob Costas, of NBC Sports. Over his career, Ortiz totaled 541 home runs, 1768 runs batted in, and 2472 hits in 2408 games played.

According to The Famous People, Ortiz started his career in 1992 when he graduated high school in the Dominican Republic and was signed by the Seattle Mariners. He played for the Mariners minor league team, the Wisconsin Timber Rattlers until 1996, when the Mariners traded him to the Minnesota Twins. He made his major league debut on September 2, 1997, for the Twins. For the next few years, Ortiz spent time between the Twins and their AAA affiliate in Connecticut. Ortiz struggled to produce and suffered multiple wrist injuries and had lingering knee issues in Minnesota.

Ortiz’s career finally took off when he was signed in 2003 to the Boston Red Sox. In his first two months on the team, Ortiz mostly pinch hit and started occasionally, until Manager Grady Little benched starter Jeremy Giambi. Ortiz finished the year with 31 home runs, 101 RBIs, and batted .288 during that year. Those stats earned him fifth in the American League MVP voting for that season.

Since then Ortiz built a strong resume for the Hall of Fame. Ortiz helped break “The Curse of the Bambino” by ending the Red Sox’s 86-year World Series Championship drought in 2004 with his clutch, late inning heroics, crushing home runs over the outfield walls and the hopes of the opposing teams. In 2006, Ortiz hit a career high 54 home runs, setting a new Red Sox record for home runs in a season. He helped the Red Sox win two more World Series in 2007 and 2013. But these moments don’t fully describe the baseball player that Ortiz truly is.

A day the citizens of Boston will never forget occurred April 15, 2013. It is Marathon Monday in Boston, around 3 o’clock. Two pressure cooker bombs explode, killing 3 civilians and injuring 260 more. The city of Boston is shaken up and distraught. The Red Sox returned from a road trip a few days later, and had a ceremony honoring the first responders for their valiant efforts. Ortiz’s words that day still give people chills even listening to his speech. “This is our [bleeping] city!” It became an anthem along with Boston Strong as Boston continued their man hunt for the two suspects and showed how resilient a city can be, and how the attacks had failed, and only had brought Boston closer. He was the voice of the people, and gave them strength through the tough time.

David, The Large Father, Big Papi, Number 34, Mr. Clutch, thank you for all you’ve done, bringing three more championships to titletown, and showing us how baseball is more than just a game. You will be missed by the entire baseball community.