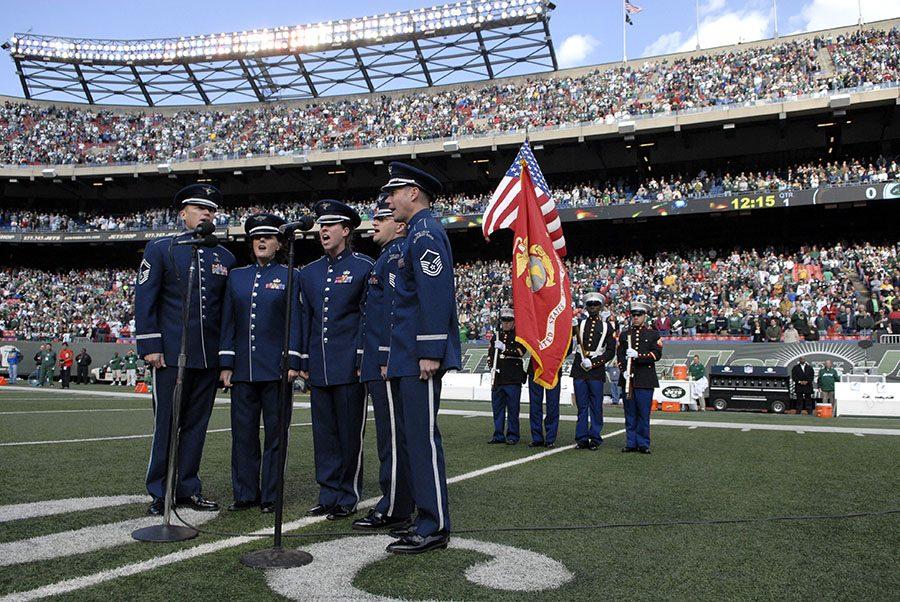 For the past few years, our country has seen cases of police violence where citizens have called the killings unnecessary and brutal. In the aftermath of some of these shootings, riots have broken out in cities with overturned cars, fires, and vandalism, leaving the city in ruins and tensions high.

This year, athletes have come out in multiple ways to either speak out or stand up against the unrest. Recognizable faces like Lebron James and Michael Jordan have voiced their opinions, while lesser known athletes like female soccer player Megan Rapinoe have made a stand against the violence by kneeling during the National Anthem.

Dwyane Wade, who spoke at the annual ESPY awards back in July, said, “The racial profiling has to stop. The shoot-to-kill mentality has to stop. Not seeing the value of black and brown bodies has to stop. But also the retaliation has to stop. The endless gun violence in places like Chicago, Dallas, not to mention Orlando, it has to stop. Enough. Enough is enough.”  Wade and other basketball players–Chris Paul, Carmelo Anthony, and Lebron James–addressed the crowd before the awards show started. All four men spoke about the shootings and the protests that followed

More recently, San Francisco 49ers quarterback, Colin Kaepernick, incited a growing trend in the NFL by kneeling during the National Anthem during a pre-season game. After the game, he explained his reason via. NFL.com, “I am not going to stand up to show pride in a flag for a country that oppresses black people and people of color.” Kaepernick has received a lot of backlash for his comments and actions. Many people argue he is disrespecting military personnel who risk their lives for our country.

Incredibly though, numerous NFL players have joined Kaepernick in making a stance against the violence. Players have been seen kneeling, raising their fists, and locking arms to show unity. Even New England Patriots players Martellus Bennett and Devin McCourty have joined the stand by raising their fists during the anthem, according to CBS Boston.

The growing trend has not gone unnoticed by big news outlets. ESPN has started to create a weekly page providing  a list of players who protest.

It will be interesting to see how NBA players show their protest during the upcoming season. Dave Zirin of The Nation, wrote that the NBA has explicit rules against athletes protesting, while commissioner Adam Silver said, “I would greatly prefer that the players use the platform they’re given, social media, press conferences, media in locker rooms, however they want to do it, to make their political points of view be known.”

Until the violence ends, more and more athletes are going to use their position in society to demand, protest, plead, or even ask for peace.