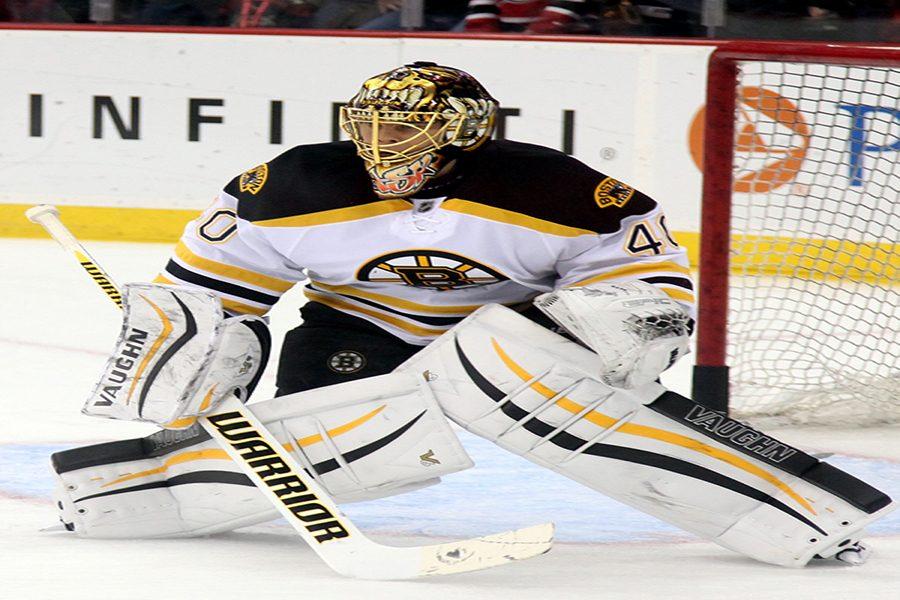 Tuukka Rask in net for the Boston Bruins

With 18 games in the books as of Nov. 20, the Boston Bruins are just shy of being a quarter through the NHL Regular season. Their current record is 11 wins versus seven losses, accruing 22 points and currently sitting in the seventh position in the Eastern Conference, leaving them close to being left out of the playoffs. This may have some Bruins fans concerned, but a closer look at numbers may reveal another story.

Some major warning signs are displayed by this Bruin team. The Bruin’s star player for the past few seasons, Patrice Bergeron, struggled for the first quarter of this season. He has only two goals and two assists in 13 games played. Through ten games last season, Bergeron had four goals and six assists, so his numbers have shown a considerable reduction. Partially because of this reduction, the Bruins are averaging 2.5 goals per game, ranking 19th in the NHL. The Bruins are only scoring on 13.5% on the Power Play, ranking 24th in the league. These stats may be an indicator of things to come for the Bruins if they are unable to turn their offense around.

On the flip side, however, the Bruins have had some very bright spots on their roster this year. As usual, Brad Marchand has picked up where he left off last season. Instead of scoring goals, he has not been afraid of passing the puck, leading the team with 11 assists. Close behind him is David Krejci, who has struggled to put the puck in the net, only netting two goals, but he has strongly contributed with eight assists. The biggest surprise so far in this season has been David Pastrnak, and leads the team in goals in his second year in the NHL. He has been quick and explosive in his plays this year, clearly not facing the dreaded “sophomore slump”.

But the biggest contributor to the success of this team and making the team as good as it can be, is the big man between the pipes, Tuukka Rask. As of Nov. 18, the Bruins rank ninth in goals against, which with the help of the defense, Rask is mainly responsible for. Rask himself has an outstanding goals against average of 1.54, ranking best in the NHL, as well as a .945 save percentage, ranking third, only .003 behind first, all as of Nov. 18-. All of the Bruins’ 11 wins have been with Rask in goal. He has only suffered two losses on the season, occurring on Nov. 5 against the New York Rangers in a tough outing, and Nov. 17 versus the Wild of Minnesota in a close, low scoring game.

Overall, the Bruins have shown that they can win, but consistency is where they must come together. If Bergeron can return to his last season’s self, and score more goals, and with a healthy Tuukka Rask, the Bruins could be a scary team on the ice. There is much room for improvement, but Bruins fans should have some confidence in this team. If the playoffs started today, the Bruins would be in. If things continue to improve, the Bruins could avenge last season’s playoff miss, and could make some noise come April.