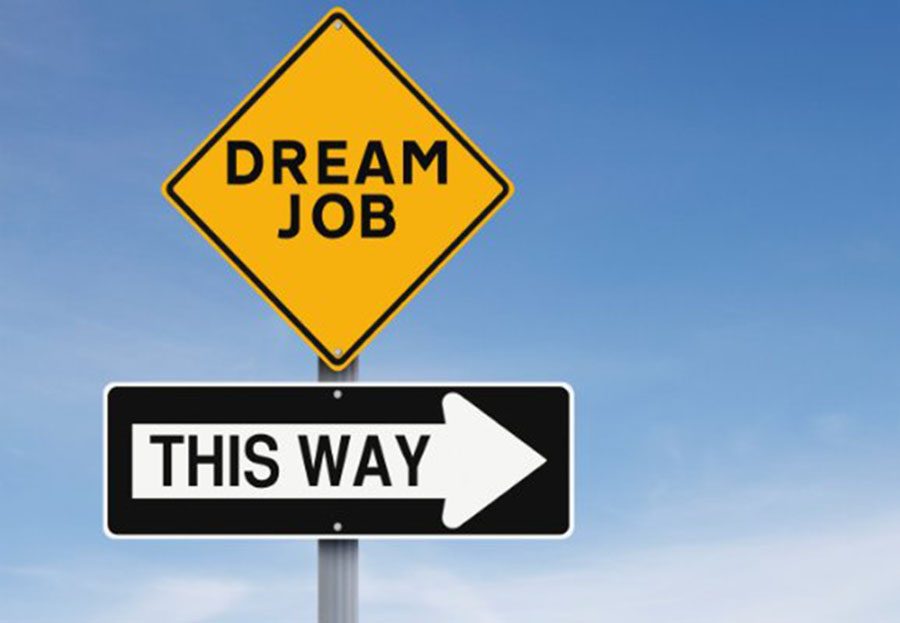 This way to your dream job...

High school is all about preparing for the future. Whether that means attending college, joining the military, or becoming part of the American workforce, most students have a pretty good idea of what they would like to do. Some “dream jobs” are more attainable than others, but there are various ways of reaching the final goal. Here are what some HB students would do for a career if they could chose any.

If given the chance, Josh Kyrias ‘17 would follow his love for hockey and be an NHL player for the Anaheim Ducks. Ever since he saw the classic Disney film Mighty Ducks  as a kid, Josh has had aspirations to go pro. While it could be viewed as a distant goal, those who  have seen Kyrias dominating the floor hockey scene during Cav Block might think otherwise.

Logan Fendt ‘17 opted for a more traditional goal, but he plans to pursue it with the same passion as Josh. Originally wanting to be a history teacher, he has recently set his sights on a position in education,  a special educator. Helping out with HBHS’ special education  program this past summer, he received first hand experience in the classroom and plans to attend college to specialize and learn how to be the best in his field.

Alex Hunter ‘20 wishes to be involved with a big name football club across the pond. Since he started playing soccer in elementary school, Hunter knew it would one day be a part of his career. As it seems competing on the pitch is a bit out of reach, Hunter found an avenue that can get him as close to the game as possible in athletic training. He plans on attending college after graduation from HBHS to hone his craft before taking his skills to the Premier League. Good luck to you, mate.

Finally, renowned rap battler Evan Sutton ‘17 has his hopes set on becoming a professional artist. Starting his career spitting ridiculous roasts live for an audience, Evan sees himself taking his game to the next level by “just doing [his] thing.” Sutton is rumored to have an album in the works to display his impressive lyrics and flow.

There are many different routes students choose to follow, some easier to attain than others, but all are surely a reflection of what they care about most.