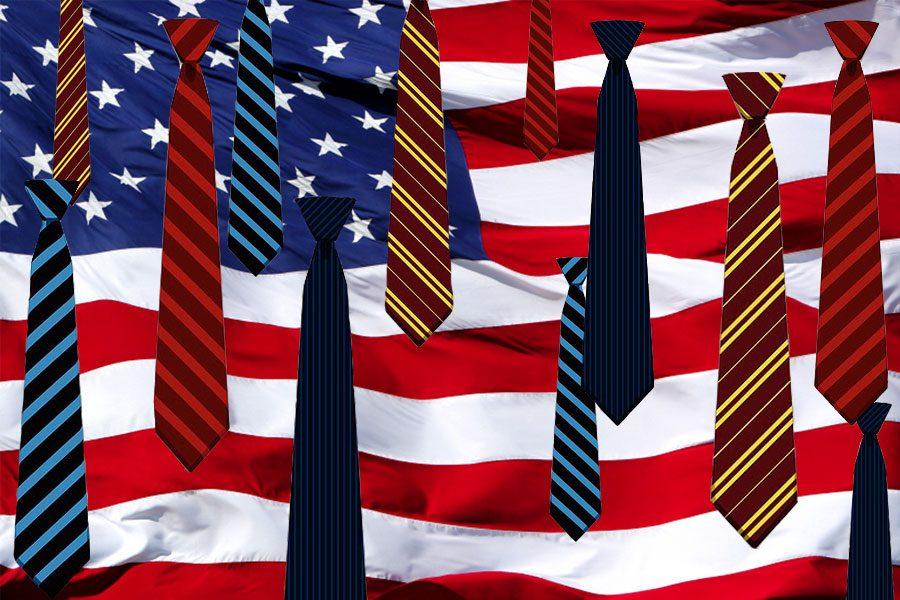 Some students made the Spirit Week themes into puns on their costumes.

The various themes for Spirit Week were colorful, creative and liberating for many students. For some, however, that wasn’t enough – they decided to take it one step further. For example, Anthony Basque ‘18 wore a crusader’s helmet during USA day, which he had borrowed from Aidan Canfield ‘18. With a plastic American flag sticking out of one eye slit and a red white and blue flower necklace, Anthony said, “Communism is dead. Freedom is the truth.”

Rachel Romanow ‘18 came into school on tie-dye day wrapped in a plethora of her father’s ties, with the one on her chest reading “DYE” in bright letters. “I came completely covered in ties because it was a pun, and I thought it was punny,” she said.
These creative ways in which some students interpreted the given days  were an interesting and creative alternative to the norm.