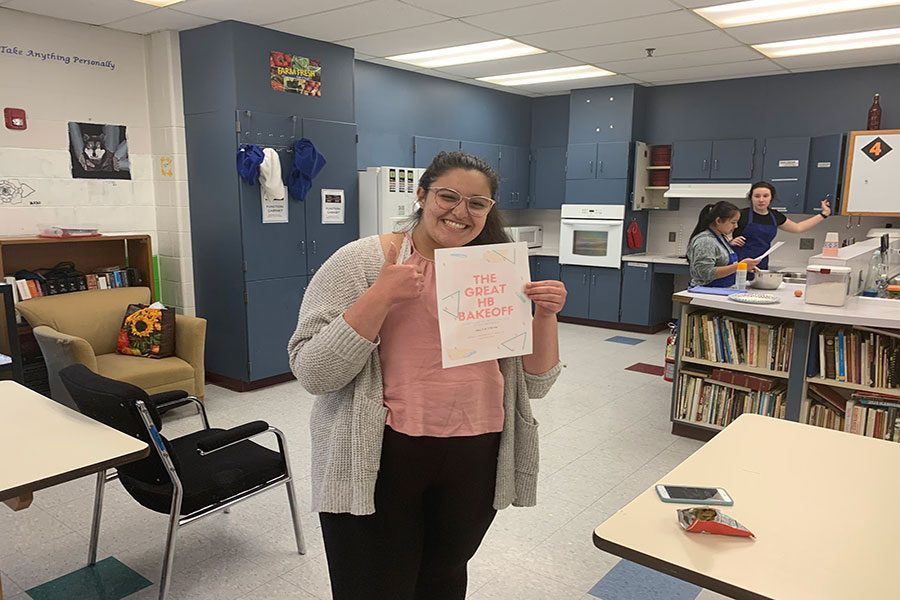 Amira Elfidil ‘19 smiles in the Foods and Nutrition room, where she hosted the first ever HB Bake Off. The idea spawned as her senior quest final, an independent year-long project that is aimed studying something of interest in depth. “I wanted to do something I liked,” said Elfidil. She says that originally she wanted to make an online tutoring website, but was unable to do so due to liability issues.Her hopes was to bring people together through having upperclassmen help younger kids with schoolwork. She then decided to base her quest off of the Netflix show, The Great British Bake Off, Elfadil wanted to do something that many people could enjoy.