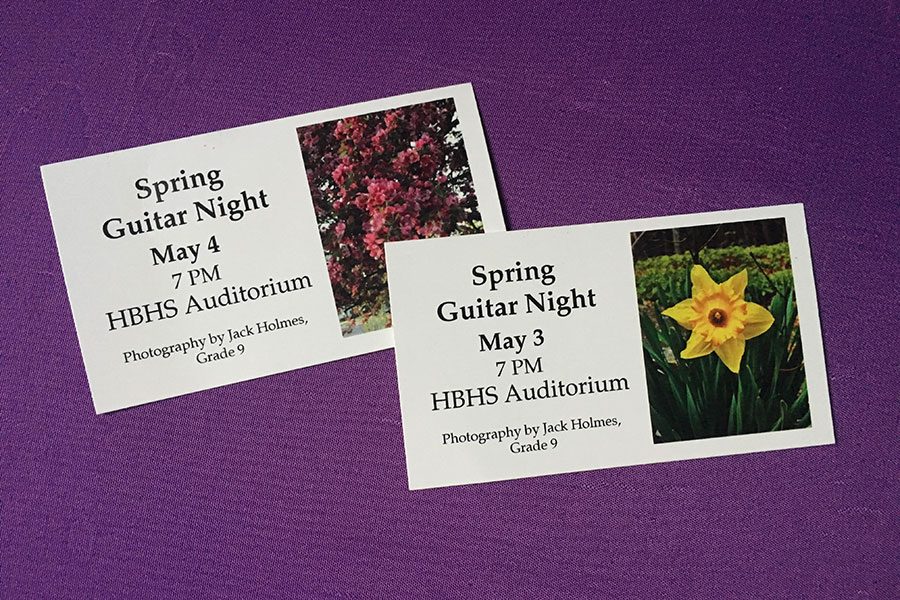 This year was the first round of guitar night performances after Eric and Nicole Perry took over for Mark Illingworth. Their vision for the event: inclusion and community. Twenty students who hadn’t performed at 80s Night in the fall were able to join in for Spring Guitar Night, which is something the Perry’s are very excited about. “We want to keep the momentum going and get more people the experience to perform,” said Eric Perry.

In the hopes for supporting the community further, the Perrys had decided to cut the budget for Guitar Night a bit, lowering the production a bit from the flashy sets seen in the past, in order to be able to help out other groups at HBHS. This year, $1000 was donated to both HB the Change and Red Cross Club, who had helped sell tickets at Guitar Night, and over $3000 of sound equipment and mics were purchased for the performing arts department. “We want to keep reinvesting in the students and the school,” said Eric Perry.