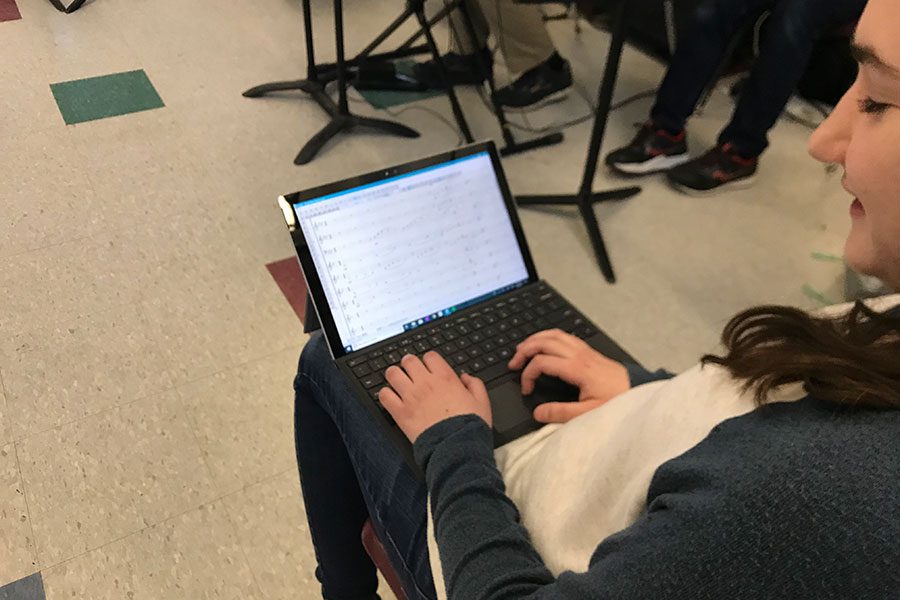 Norton is working on her piece entitled Great Blue Heron, which was performed by HBHS’s concert band at the Spring Concert. However, this wasn’t the first time a student-written piece was performed at a concert. “We’ve performed student pieces in the past,” says Dave Umstead, band director at HBHS. Norton is the first student from HB to participate in the NHMEA Composition Contest, but not the first student to compose. “We’ve had some people do arrangements of [pieces],” says Umstead.