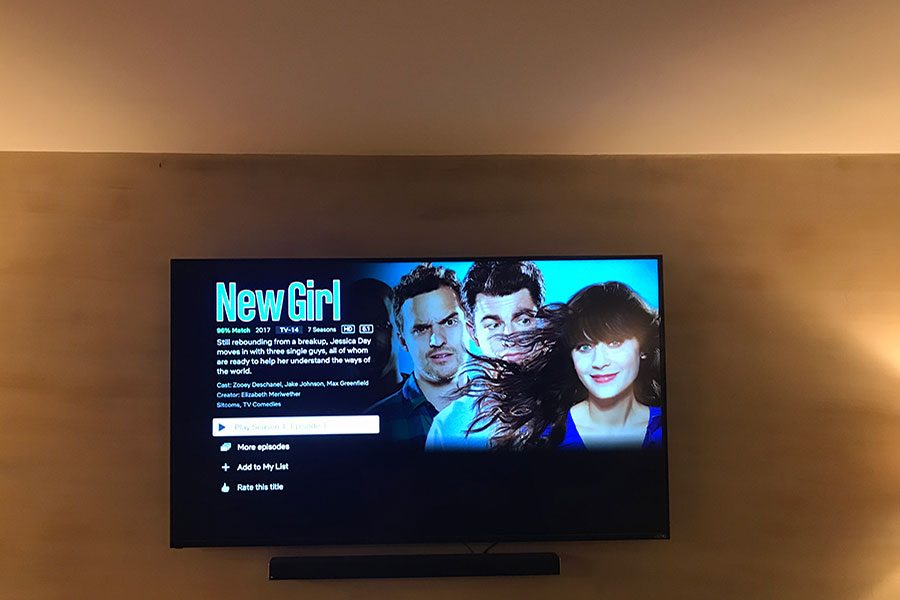 It’s not every day that you see a schoolteacher in her 30’s move into an apartment with three single guys, but that becomes a reality on the show New Girl. One of the main characters, Jess, after going through a harsh breakup, moves into an apartment with Nick, Schmidt, and Winston. Throughout the series, Jess and the guys deal with growing older, relationship problems and changing careers.

New Girl has received a lot of praise. It was rated 94% on Rotten Tomatoes, and 7.7/10 on IMDb. It was also nominated for several Golden Globe and Emmy awards and won many other awards, including an ASCAP Film and Television Music Award in 2013 for Top Television series. Ellie Jordan ‘20 believes other students will enjoy this show. “It’s a tv show that [people] could really get into,” she said. New Girl is available for streaming on Netflix and Amazon Prime. It is rated  TV-14, so it is not recommended for children under 14.