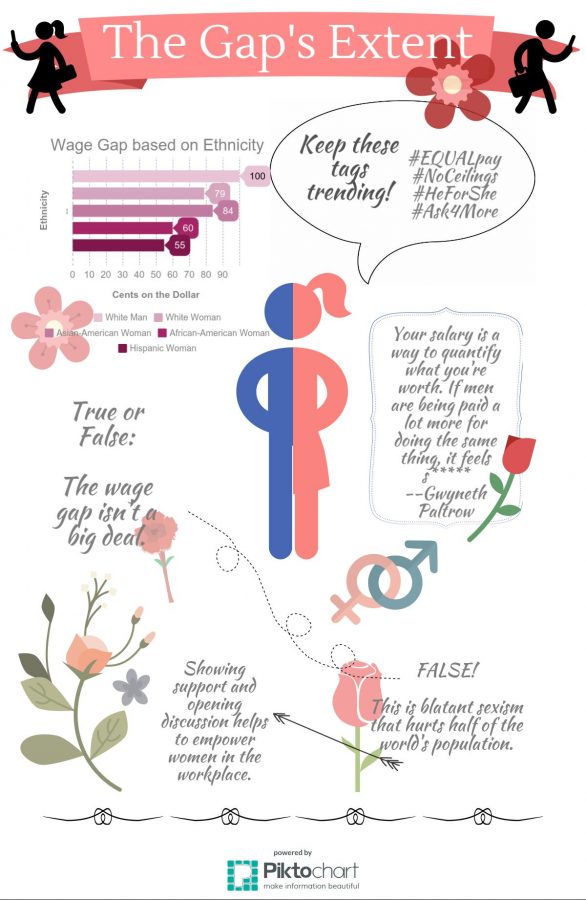 Why the wage gap is actually a huge deal

Women began to enter the mainstream workforce in the 20th century and entered into jobs that men didn’t want. They were ushered into what are now described as “pink-collar jobs,” that is, jobs that are female-dominated, as they often required nurturing and caring for others. Some of these careers include nursing, child care, and teaching.

Unfortunately for women, these are the jobs that historically have poor wages. According to the National Women’s Law Center and based on information gathered by the Bureau of Labor Statistics, 75% of the low-wage workforce- careers with a median hourly wage of less than $10.10 an hour- is made up by women.

One may argue that entering a traditionally low-wage career is a choice. Regardless of such a matter, we can then analyze what are considered to be “high-wage” careers.

The American Association of University Women reports that even within high-paying careers such as engineering and computing fields, women earn 82% and 87% of what their respective male-counterparts make in these careers. And this percentage falls as time spent in the field increases.

In a recent study by Ulrike Muench, Jody Sindelar, Susan H. Busch, and Peter I. Buerhaus along with The Journal of the American Medical Association, found that men in a nursing profession (a workforce made up of mainly females) earn an average of $5,100 more than women on a yearly basis.

Women are also promoted less often than men. Looking at librarians and school teachers, women make up more than 80% of the staff, yet they hold less than half of the “positions of power” such as library directors and school principals.

On occasion, the wage gap doesn’t pose a problem to people. It is a common situation for a family to have a husband who pursues a career and a wife who stays at home to care for children. In a situation like this, where the husband is able to make enough money to provide for his family, the wage gap is not a dark, imminent being that ruins lives.

But let’s now consider the other side.

In a family where both the man and woman have to work in order to pay for their lifestyle, every bit counts. In the man’s career, it is statistically likely that he is earning the amount of money that he deserves. However, those same statistics also work against the woman. She is likely not making as much as she would be if she were male with the same career.

Or consider a single women or single mother. This demographic has to make the money to provide for themselves and their kids, if they have any. They need to earn as much money as they can. With employers potentially holding them back, their financial security can be greatly affected.

However, hope is not all lost. According to a release by the Institute for Women’s Policy Research with information from the U.S. Census Bureau, the wage gap is projected to close by the year 2058.
This year dictates that many women will not see equal wages within their working lifetime. This is a far-out year, but if it can be attained, many people will see the worth in it. Working to close this gap is a goal that can be reached if we as a society are made aware and work towards it.

The CavChron • Copyright 2020 • FLEX WordPress Theme by SNO • Log in