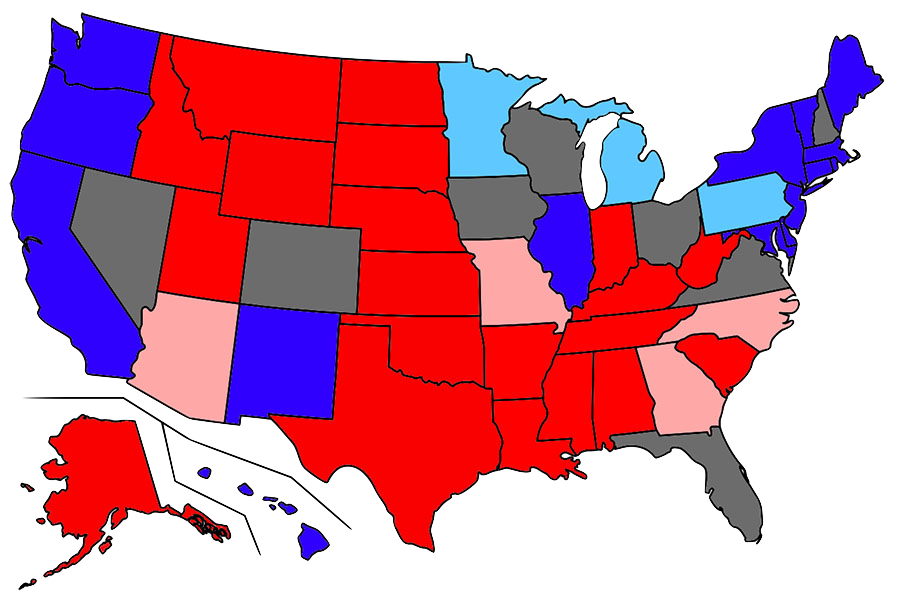 Swing states: constantly discussed during election seasons, and vital to any candidate’s success. But what are these so-called swing states? Why are they important?

The term “swing state” refers to states that aren’t reliably Democratic or Republican during an election. Ten states have had swing state status for a few elections, such as New Hampshire, Pennsylvania, Virginia, North Carolina, Florida, Ohio, Iowa, Wisconsin, Colorado, and Nevada. In 2016, several polls suggest more states have the potential to swing, including Arizona and Michigan (Georgia, Missouri, Minnesota, and even Utah have also qualified as potential tossups, but for this article, we’ll stick with the twelve listed here).

Hillary Clinton and Donald Trump have already started campaigning in these states, but no one knows for sure who will win them until polls close in November. Many of these races will be close. While we can’t precisely predict the winner of each state, we can analyze characteristics of each and draw our own conclusions.

A map of how states have voted since 1960. Infographic by Curtis Newton. 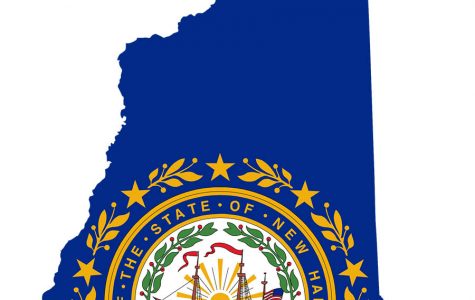 At four delegates, New Hampshire doesn’t have a lot to offer. However, several polls show Trump and Clinton neck and neck. Had Al Gore carried little New Hampshire in 2000, he would have won the election outright. Every electoral vote matters. That being said, Trump has some advantages in the Granite State. The Republican nominee won with more than twice what the runner up, John Kasich, earn... 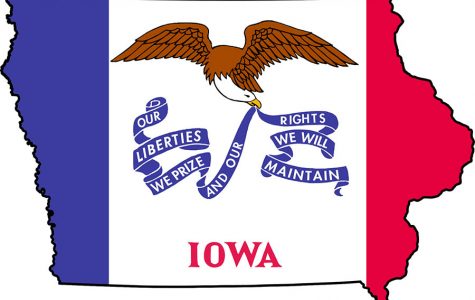 Currently, Iowa is a mainly Republican state: both US senators are Republican-- Chuck Grassley is up for reelection this year, and polls indicate that he will likely retain his seat-- and three out of four of their US Representatives are Republican. Not only this, Senator Joni Ernst was one of Trump’s potential VP picks for a time. So when it comes to Iowa officials in Washington, Trump has an e...

Like Iowa, three out of four US Representatives from Nevada are Republican. The Senate, however, tells a different story. Nevada is home to the current Senate Minority Leader, Harry Reid. Reid has served in the Senate since 1987 and endorsed Clinton back in February. With that, Clinton may have an advantage with some higher-ups in the Silver State. Overall, Nevada has gone back and forth a lot in... 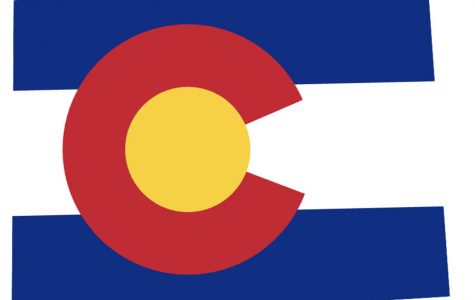 It’s hard to compare numbers from the primary season in Colorado because Republicans didn’t really have a vote in the state. The GOP held precinct caucuses, but they did not affect delegate allocation. The results of the precinct caucuses aren’t readily available, so it’s hard to compare them to Democrats. All in all, Colorado initially looks like a Clinton victory, and she knows it. The... 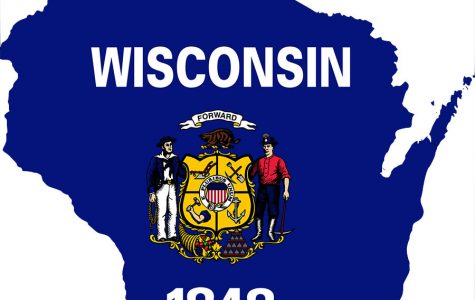 As useful as the information can be, using primary and caucus results as a reference for how states will lean in the general election is difficult and unreliable for a couple of reasons: Primary turnout is pretty low, with combined primaries of both Democratic and the GOP being 28.5% of all eligible voters, according to Pew Research Center. Both candidates normally either won or lost the state in question. The only two states where only one candidate won are New Hampshire and Iowa (Colorado isn’t included because the s... 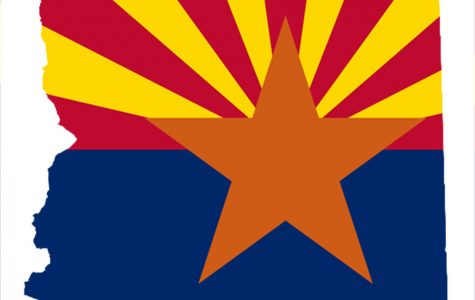 Arizona is generally not a swing state. A Democrat has only once carried since 1948, and has produced two Republican presidential nominees since 1964 (Barry Goldwater and John McCain). So why might it swing Democratic now? The answer turns out to be that Trump, as many are aware, is not the average GOP candidate. His abrasive nature, while appealing to many, has turned off many voters. Clinton a... 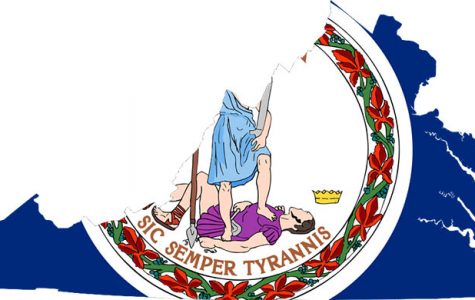 Virginia wasn’t really considered a swing state until 2008, when Obama carried it then, and again in 2012. Before that, the last time Virginia voted Democratic was 1964. While being a swing state, it doesn’t go back and forth all that often. Polls generally support Clinton in the state, but some show a tie or a Trump victory. That aside, however, Clinton does have an ally from the Old Dominion S... 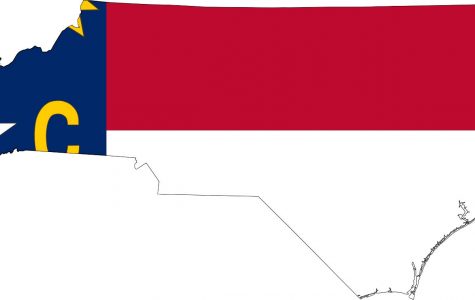 Like Virginia, North Carolina does not generally vote Democratic. In 2012, it was the only swing state of that election that Mitt Romney won. Right now, polls are constantly going back and forth between Trump and Clinton, and it’s hard to tell who will carry the Tar Heel State. Both won their primaries, and there was a close number of primary voters for both the GOP and the Democrats, with not ... 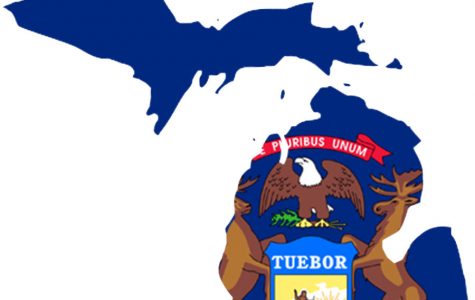 Michigan is similar to Arizona in the sense that it isn’t really considered a swing state. The last time it voted Republican was 1988, when George H.W. Bush defeated Michael Dukakis in a landslide victory. What’s making the blue state possibly turn red? Michigan actually was considered a potential swing state in 2012, due to GOP nominee Mitt Romney’s connections to the state-- his father h... 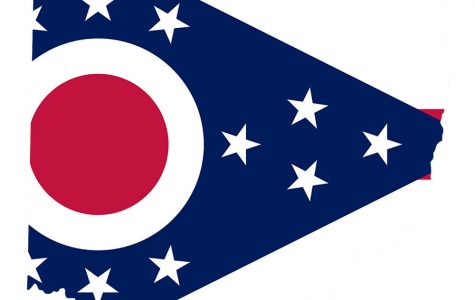 The Buckeye State is home to an odd pattern: since 1964, no presidential candidate has won the general election without carrying Ohio. This means whoever carries Ohio will likely win the entire election. But the state could really go either way. Ohio was one of the few states Trump actually lost, losing it to the state’s governor, John Kasich. Clinton defeated her primary opponent by about thirteen p... 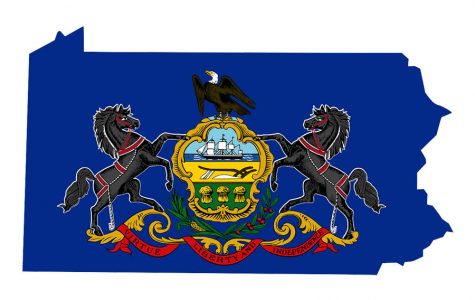 The fact that Pennsylvania is a swing state is an odd one, since no Republican has carried it since 1988. However, the number of Republican and Democratic voters is close. In the state’s primary, Democrats only received 76,609 more votes than Republicans. General election votes aren’t exactly close, though. The last time Republicans actually carried Pennsylvania was in 1988. Since then, the... 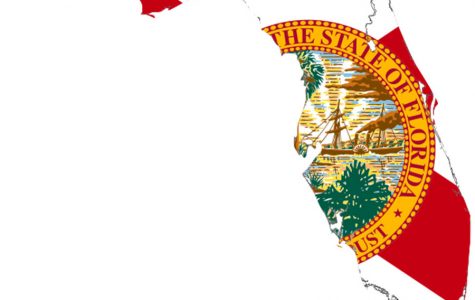 We’ve saved the best for last. The ultimate decider of the 2000 election, the Sunshine State is the most valuable swing state in the sense of electoral votes. Many recall - or at least know about - the disputed Florida vote count in 2000 that gave George W. Bush the election. Bush and Al Gore nearly tied in vote count. In the end, Bush only ended up getting 537 more votes than Gore, according to th...